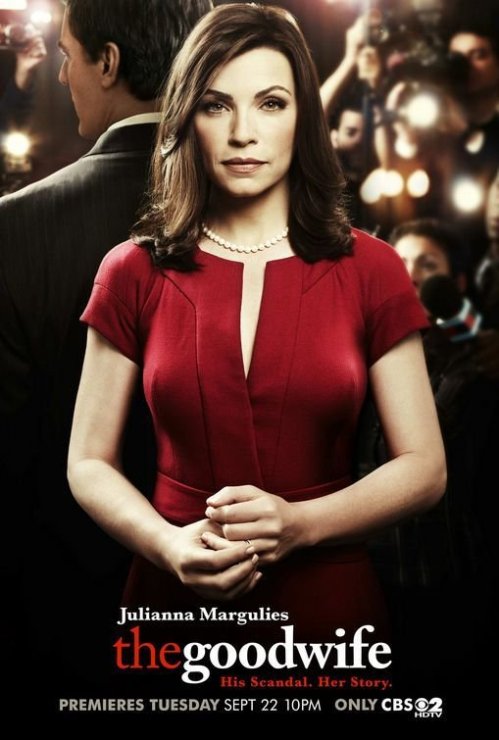 How many shows on TV right now? Dozens! But how many of them really worth our time? Just a few of them.

Nowadays, there are so many shows on television, and we don`t really have a time to follow all of them. And if I were you, I would not be so upset because of that.

But for now, I am going to talk about CBS drama “The Good Wife” created by Robert and Michelle King. I have to admit, I haven’t missed an episode of TGW since its inception. Alicia Florrick (Julianna Margulies) has been a good wife to her husband, Peter Florrick (Chris Noth) who is a former state’s attorney. He has imprisoned after a sex and corruption scandal. After years being of a housewife and mother, Alicia returns to work as a junior associate at a prestigious Chicago law firm, Lockhart & Gardner with her longtime friend and firm partner Will Gardner (Josh Charles). Briefly, the show itself features stand alone procedural story lines that will be resolved by the end of each episode. But all those this had happened back in 2009. Now the TGW in its fifth season, a time when most shows either go off the air or start offering to its viewers “something very special”; The creators of “The Good Wife” kills of major character in absolutely shocking moment, and that person is Will Gardner (Josh Charles). Will Gardner has played a critical role in the show, and moreover, he has been a love interest to Alicia Florrick. During what seemed like a routine episode, Will Gardner was gunned down in a court house by his client, Jeffrey Grant (Hunter Parrish). Everything happened in the blink of an eye.

I don`t want to tell the whole story of the episode, in case, if you haven`t seen it yet. But certainly, everything is going to change for “The Good Wife”, and of course, in a good way. Even though, the major character has been killed off, it does not mean that we all going to forget about that and move forward.  And definitely, the writers are not going to do that either. I am sure, there’s something fishy about Will Gardner`s death. Sooner or later, we will find someone to blame in his death, but what if that person is Peter Florrick?  May be because, Peter is under investigation for voter fraud, and Will Gardner was a major witness. I don’t really know does it really makes sense or not, but if it is, and that`s what the writers plans to do; then we all need to get ready to see the other side of The Good Wife.  I suggest “The Bad Wife”. Why? Because, if Peter is involved in Will`s death, he (Peter) better run away from Alicia as far as possible. Because she will do her best to show him what does that mean being The Bad Wife.

As Julianna Margulies says: “You will have to wait and see…… it’s worth it…”