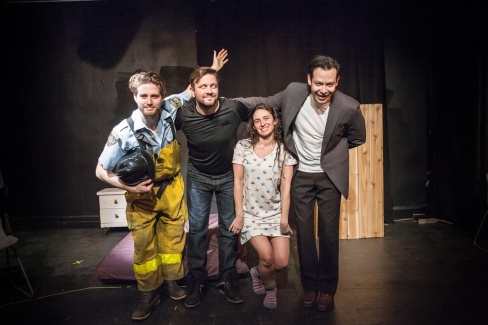 The best thing about seeing a play in a little venue is that you have a limited amount of people around you, who are there not to just look at the big names but the play itself, its storyline and last but not least – to see Toronto’s brightest talents give all that they have on the stage to tell an intimate story you will fall in love with.

A young woman’s (Kathryn Aboya) husband (Tyler Blake Smith), who’s a brave firefighter, dies trying to save a little baby`s life. During the moment when the soul of this deceased man tries to depart while he is at the home where the fire took place, the wife catches him right on time to hold him in the box of their bedroom. As she is accompanied by him the next two years, she forces The Body (Trevor Ketcheson) to replay what has been stored in her head as a memory, a moment of their life together up until the present time…

The Widow is still unable to recover from the loss of her husband. The last day, the day of the big and avoidable fight is still stuck in her head. As she continues discussing what had hurt their marriage with The Soul, the audience gets a chance to travel back in time with the Body who skillfully introduces us a sad, sweet and heartwarming time the Widow so badly wanted to relive all over again.

You see, my dear reader, the play Vigils written by Noah Haidle and directed by Brian Kennington is a mesmerizing story of how one surviving soul can’t let the thought of losing her husband or imagining her life without him go away. It also has some funny moments when The Soul’s friend, The Wooer (Alex Cruz) tries to take The Widow out for a date. Of course, knowing that The Soul is near and her heart will never belong to him, the man still does not give up.

As the story dramatically unfolds on a small stage, you learn some devastating facts about The Widow’s marriage, about miscarriage and how the two tried to rescue their life together after the tragedy. An emotional roller coaster of emotions delivered by the talented cast is like a ticket to a simple world where you will find it as complicated as it could get. During this ride, you will find it amusing and uplifting how far the cast of four had to go in order to deliver such an intimate and insightful story.

In conclusion, I must confess, I did not educate myself much before entering the Red Sandcastle Theatre, located at 922 Queen Street East. I knew about the concept of the play, but pretended to know nothing when the curtain went up to get ready to anticipate something incredible. And it was, by all means. Having one bed, an improvised shower, a little dining table, and a wonderful script was enough to deliver what the audience needed – a profound story of the Soul, the reasons he’s being kept in the box, and the Widow, with whom you will be in full agreement of why she had to do what she did. Because nothing can be more sacred than a memory, especially the one who you just lost, and the Widow knew that all too well….

Click on the following link for the dates and time: Evenbrite 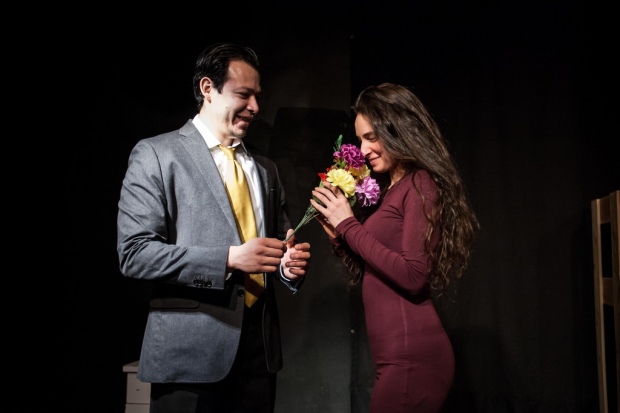 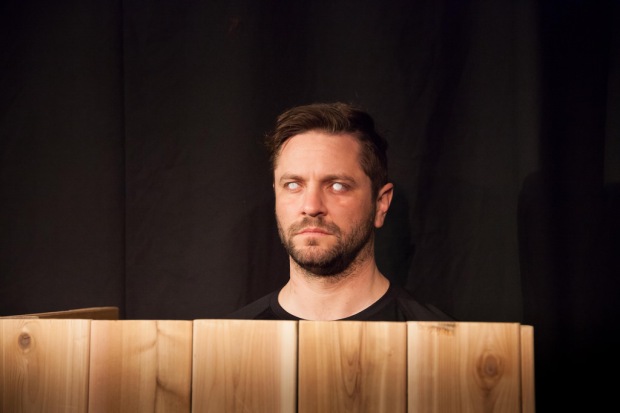 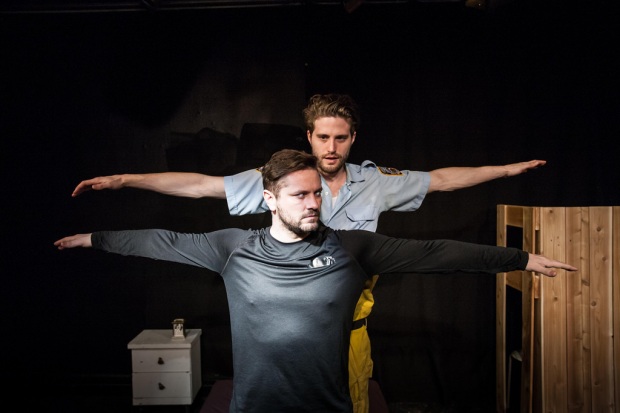 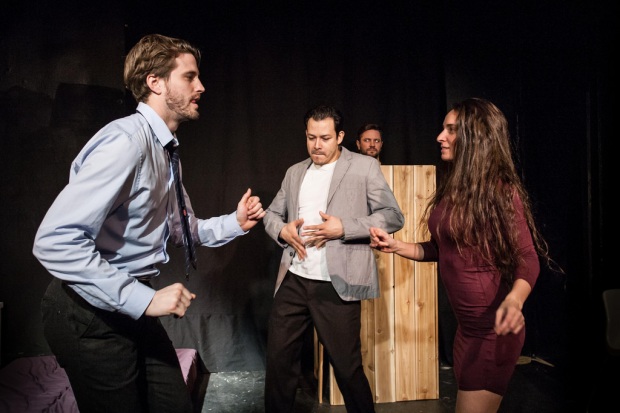