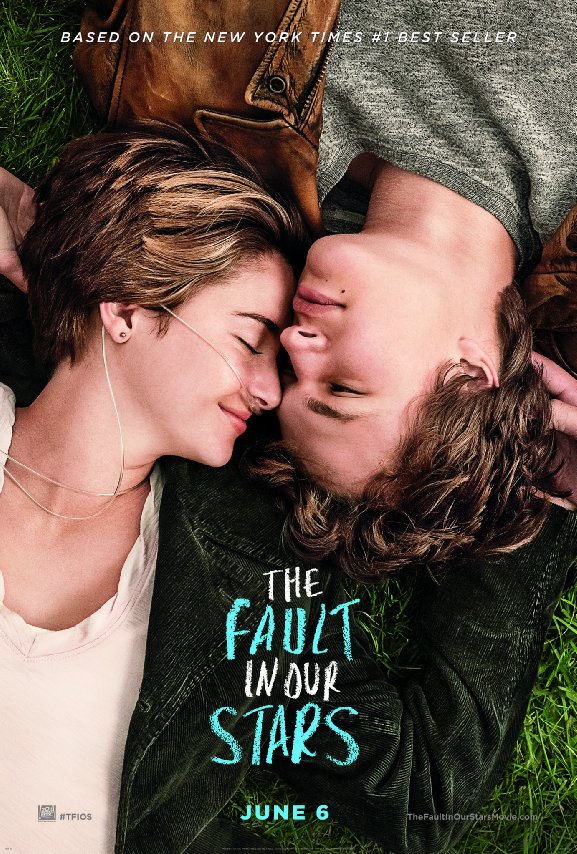 Augustus Waters and Hazel Grace Lancaster are young, and beautiful. They have everything to live their lives to the fullest: they have knowledge and a desire to discover the World. Augustus likes to read books about Zombies, while Hazel reads the same books, written by her favorite author Peter Van Houten, over and over again. Life seems so precious to them;  they don`t want to do anything but enjoy their beautiful, youthful life…unfortunately, the one thing preventing them from living life the way they wish is cancer.  It leaves them with nothing but their deep feelings and memories of each other, even after one of them loses their battle with cancer. We have seen many films telling the story of a young person who dies from cancer or from  another disease, such as leukemia. We remember well the story of Jennie and Oliver from “Love Story”, played by Ally MacGraw and Ryan O`Neal, and “A Walk To Remember” with Mandy Moore and Shane West, which is a remarkable films and will always have a place in my heart. However, if you remember these films, then you know that these are stories of only one person who fights for their life while the other person is there to help them win this unbeatable battle.

“The Fault in Our Stars” is not like these other films and tells us  a  very different story of two people who  have nothing left but their desire to live, to love, and to be loved,  before they leave this world for the next. The story opens with Hazel (Shailene Woodley), a seventeen-years-old, brilliant, witty, well-read young woman, who also happens to have thyroid cancer that has spreads to her lungs. Because of this she carries an oxygen tank around with her, with  a little tube connected to her nose. Her parents believe that she is depressed, and force her to attend a support group, where Hazel meets and falls in love with Augustus Waters, played by Ansel Elgort.  Their relationship grows quickly. During their trip to Amsterdam, they meet up with the writer Peter Van Houten (incredibly well played by Willem Dafoe) and Augustus confesses to Hazel that a recent PET scan has revealed his cancer to have relapsed. Hazel is saddened to hear such devastating news and the two affirm their love and support for each other.

“The Fault in Our Stars” is written by John Green and is not a story about “cancer”, or about how to beat this disease. But rather it`s about what people feel about cancer and how they deal with it.  “Cancer” is a very dangerous disease that can attack anyone of us without regard for age, beauty, race, or whether the person is good or bad. Unfortunately, in John Green`s book we see how “cancer” can be cruel and blind, without any sense of reality. It takes what it wants without giving the person a chance to fight back.

Shailene Woodley has already impressed me with her performance in ”The Descendants” and “Divergent’. I have to admit, I see a bright future for this very young and very talented actress. She delivers an absolutely stunning performance in “The Fault In Our Stars”. It`s not easy to perform in a film like this; to make your character become real and at the same time,  become close to the audience. This is difficult for any actor to accomplish. With the help of Ansel Elgort, both actors have created truly beautiful, naïve,  and warm-hearted young people, who remind me of Ally MacGraw and Ryan O`Neal. I was always against a remake of the film “Love Story’. However, in this case,  if Film Studios decides to do a remake, I would highly recommend Shaile Woodley and Ansel Elgort. When they share the same screen, their chemistry will fascinate you, leaving you absolutely amazed by their beauty and talent, which should have been discovered long ago.