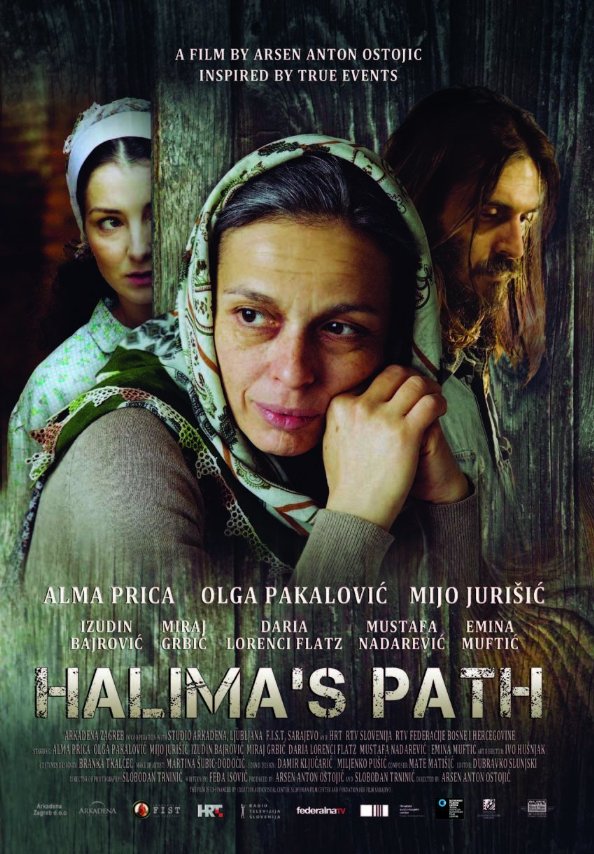 Directed by: Arsen A. Ostojic

Many things can be destroyed by war; many souls can be taken in a matter of minutes; children and elderly people die- just like that. Tears and suffering are the only thing war gives us in return. But, there is one thing that cannot be stolen by war, and that is the love of a mother who will never give up looking for the bones of her lost child; to bury him properly, as religion and tradition requires.  What if  the Mother who raised the son is not the  real Mother? How is she supposed to identify the bones of her son if they do not share the same DNA? This is not the issue for a grieving Mother, who is strong-willed enough to look for the bones of the son that is not her own, and will not find peace until she finds them.

Inspired by a true story.  In 1977, fifteen years before the Bosnian War demolish their lives, Halima`s (Alma Prica) niece Safija, by religion (Olga Pakalovic), became pregnant by Slavomir (Mijo Jurisic), a Serb man. When Safija confesses to her family about her pregnancy, she is beaten and ostracized by her family. Finding herself without money and in a hopeless situation, Safija gives the infant boy to the childless Halima to raise.  Twenty-three years later, when the devastating war has ended, leaving a trail of broken lives, Halima is still alive, but has lost many of her loved ones because of the war- her husband and her non-biological son, who she raised as her own. Halima`s husbands’ bones are identified through a DNA sample, while the remains of her son still cannot be found with this method.  This is when Halima decides to locate Safiya to bring her back for a DNA test. But when she finds her, she realizes that she was not the one who has suffered all this time. When Halima finds out the real identity of the soldier who took the lives of her husband and her son, she will want to run far away- and it can never be far enough.

“Halima`s Path” is directed and produced by Croatian film director and writer Arsen Anton Ostojic, whose three films were Croatia`s submission for the Academy Award for Best Foreign Language Film (A Wonderful Night in Split, No One`s Son, and Halima`s Path). Sadly, none of them received a nomination. However, not receiving a nomination does not mean this film does not deserve our attention. Moreover, I will go as far as to say that Ostojic has created a masterpiece; telling the story of a grieving mother in a most  perfect way, in a way, that will not leave its reviewers indifferent to the story of Halima.

He shows us the entirety of the painful environment and circumstances that lead it’s heroes to their sad end; to an end where there is no place left for happiness, or peace.

Seeing  incomparable  performances by the entire cast did not surprise me at all. Croatian, Serbian and Slovenian actors are some of the best, even though their names may not be familiar to us. The performance that is delivered by Alma Prica, as Halima, is truly astounding and contributes greatly to the sadness of the story. The performances of Olga Pakalovic, as Safija, and Mijo Jurisic, as Slavomir, are as amazing as the rest of the cast.

Halima’s Path is a very touching, human story, with an emotional level that very few films, especially Hollywood films, are able to reach; films you simply cannot watch without tears and a feeling of compassion.  This film is rich with Bosnian culture inside and out, with its mannerisms, attitudes and many other things. The film itself is extremely engaging and will  place you there as a silent observer to a family`s story-  to suffer along with them.