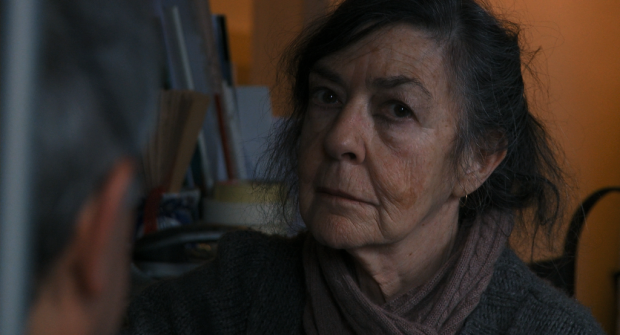 It’s never easy to dig deep into your family tree and its history to find answers which sometimes are not that pleasant. Will you dare to go a step further and share it with a big audience because it means a lot to you? Thomas Burstyn, as a brave filmmaker, chooses his family as his documentary subject to re-trace its past, present, and the possible future. He looks back and recalls his fractured relationship with his elder brother, other family members, art, science, and the feelings they had for each other. Perhaps, in their case, I should call it as some kind of love?

When the film begins, Thomas Burstyn asks us the meaning of family. Of course, there’s no way we could have a complete answer to his question, no matter how precise it could be. Then he continues taking us inside of his mind and the family. They meant a lot to him despite the distance they had. Hailing from South Africa and having immigrated to Canada long time back, Burstyn finds his foot in Canada, however, still has that strange feeling about his family and the fractured sibling love. His trip takes him to suburban London, where he stumbles upon an artist, Yolanda Sonnabend, who is committed to art. At her age, she still keeps her love for art alive by continuing to paint despite the onset of Alzheimers.

During the filming, Thomas Burstyn finds out about Dr. Joseph Sonnabend, Yolanda`s elder brother, 79, who moves in. He occasionally tries stop the filmmaker from filming his film, from researching his family legacy. Despite his stubborn attitude, we find out an interesting fact about Dr. Joseph, and his achievement; being a pioneer in the use of condoms and proposing to practice ‘safe’ sex. As the film progresses, Burstyn brings us closer to his parents, tells us about his father who used to be a poet before war, but eventually becomes a businessman.

Some Kind of Love is an interesting family story, of very intelligent people, who choose their own paths. Each separate from one other,eventually becoming a scientist, doctor, a painter, and a filmmaker. There are no ordinary people in the Burstyn family which makes it even more special. Its story is fascinating, engaging, and worth seeing. Despite the issues the family had, if I am allowed to go to the beginning of my review, I must repeat Thomas Burstyn`s question, what does family mean? No doubt, each of us will have our own definition of this term. But no matter how hard we may try to answer to this question, Thomas Burstyn does it better showing by example. It’s true that feeling some kind of love for your family member is better than feeling nothing…