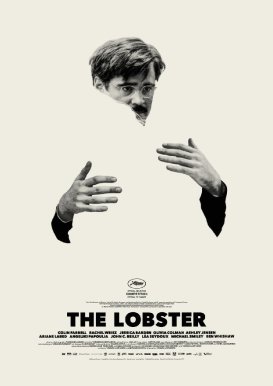 There’s a world existing in the dystopian near future. And according to the laws of The City, a group of people are sent to the Hotel. In that place, they have forty-five days to find a mate, otherwise they will be turned into animals. David (Colin Farrell), a newly divorced man joins the group to find his soul mate, but soon runs away into the woods realizing that he no longer wishes to turn himself into a beast. But once he finds a place to hide in the woods, he faces another challenge by Loner Leader (Lea Seydoux) where he can get severely punished for having a mate. That rule seemed fine for him until he meets a person who shares his ideas, Short Sighted Woman (Rachel Weisz). But at the end of the day, what is worse for David, facing a life where he must live alone or “sit and listen to a voice of a woman who dies slowly and loudly in the hotel?” But whatever the answer is, you must find it yourself. After seeing one of the weirdest movie made since Dogtooth, co-written and directed by the same director, Yorgos Lanthimos, is about to create his own genre of film which you will simply adore.

The Lobster is a movie typical of Yorgos Lanthimos, but only for prepared viewers who appreciate clever, well written screenplay, where the world you will be thrown into is impossible to bear, but equally hard to leave. From the beginning till the end, you will find yourself laughing and terrified at the same time. Not because of violent scenes, which is none, but the situation you must watch without missing its main point. Strange or not, but Yorgos Lanthimos writes such a profound and in-depth story where watching the characters he create will make you fall in love with them. Colin Farrell, Racheal Weisz or Lea Sydoux, or anyone else who appears in the film is brilliant. The performance each actor delivers is something difficult but was flawlessly performed as they are the characters themselves.

The dialogues of the film is what mainly The Lobster is about, and the main reason that will bring you back to the theater to watch it again. In the end, if you ask me what movie to recommend during the Toronto International Film Festival or afterwards, my answer to you will be The Lobster.