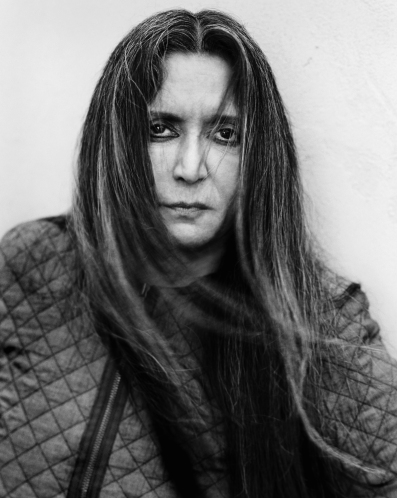 Filmmaker Deepa Mehta: the only Canadian participating in
Women in the World India Summit

Filmmaker Deepa Mehta will participate in the Women in the World India Summit on Friday, November 20, in New Delhi.  Mehta is the only Canadian speaking at the event, whose stellar lineup includes such diverse participants as Oscar-winning actress/humanitarian Cate Blanchett, Iranian race car driver Laleh Seddigh, Nigeria’s Dr. Obiageli Ezekwesili who co founded the global #BringBackOurGirls campaign, and many more.

Mehta, along with Indian actresses Nandita Das and Shabana Azmi, will engage in a conversation – moderated by writer/historian William Dalrymple and entitled “Fanning the Fire” –about Fire, Mehta’s 1996 feature that tells of the love affair between two unhappily married women (Das and Azmi).  As one of the first films to address homosexuality in the Indian community, Fire defied conventions and challenged social norms, so much so that Hindu fundamentalists
trashed theatres when the film screened in India.  Indian censors subsequently pulled the film from theatres for a second look, but, after protests from Mehta and others in the cultural community, released it five weeks later (without a single cut) back into theatres.  The film was the first in Mehta’s trilogy, which also includes Earth and Oscar-nominated Water.

“Cinema involves a search for a narrative that is both visible and invisible – in which truths can be grounded through storytelling.  The theme of Fire is still searching for articulation.  Thematically, Fire is about choices or the lack of them.  Twenty years after the film was made, this struggle continues,” says Mehta, who adds that “I am honored to be part of the Women in the World Summit, which provides an invaluable platform for voices with disparate concerns to be heard and absorbed.”

Through her films, Deepa Mehta has always brought tough subjects to the world’s attention, whether it be the treatment of Hindu widows in India (Water) or the reality of Indo-Sikh gangs in Vancouver (Beeba Boys).

This marks the 6th year for the Women in the World Summit.  Founded by journalist Tina Brown, it gives women a showcase to share news-making stories and offer insights on how women and girls are changing the world.