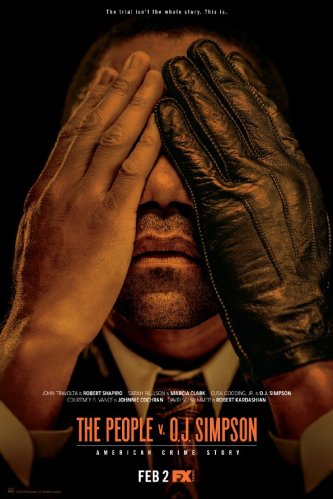 It was June 12, 1994 when Nicole Brown Simpson and Ronald Goldman were enjoying their life before they were stabbed to death. When the police arrived at the crime scene, they found a terrible picture of a woman whose head was almost cut off. The victim, they recognised as Nicole Brown Simpson, the ex-wife of famous NFL player, O.J. Simpson. When the police reached Simpson’s house, they failed to locate him. They however, found his car with a stain of blood. Now, O.J. Simpson turns from a grieving husband into cold-blooded murderer in the eyes of the prosecutor and the L.A. police. It’s a matter of time when people face against a former football player, now an accused in double murder. So, who is going to win the so-called, The Trial of Century: O.J. Simpson or the Jury? In this masterfully crafted, and told in cold-blooded manner, Ryan Murphy’s Production, “American Crime Story: The People V OJ Simpson, you will get a chance to get closer to one of the most shocking event that occurred in America, and highly publicised worldwide by the media.

Whether we want it or not, but we always find ourselves delighted watching crime dramas, when it’s done tastefully. Saying that, an anthology series that centers around some of history’s most famous criminals brings us, if I may say it this way, incredibly closer to watch how the great minds of the L.A. Police Department, a strong and determined prosecutor, Marcia Clark (Sarah Paulson) will come to face to face with the lawyer, Robert Shaprio (John Travolta) to prove that O.J Simpson (Cuba Gooding JR.) is nothing more and less, but guilty in the accused crime. Even when the series begins, it shows that America is thrown into wild and uncontrolled protests, where people find themselves crossing the line from being a good citizen to bad one. But a few weeks later, a man while walking his dog, makes a terrifying discovery, a body of two individuals outside of the house.

What is truly amazing about this series is it’s highly charged atmosphere, where even the background score you hear has something to say. Everything around simply screams, saying it’s him, who must be jailed for the crime, while the media follows the event step by step, turning it into massive flood on TV, where you hear only one name, O.J Simpson. While the screenplay, directing leaves no reason to complain about, it’s the performance what makes this series the best so far. Cuba Gooding JR. who already has an experience playing an NFL player looks so cool, calm and confident, that makes you question yourself, “how come this actor does not get more role to play?” Sarah Paulson as a prosecutor is what you need to see, to believe, that this woman will go as far as possible if she believes, that the man she is after is guilty by all counts. In John Travolta, as Robert Shaprio, you will recognize his well-known manner of acting, the way we’ve seen in his old films. His Sharpio is a intelligent lawyer with a bit of doubt, that will help him to confuse the jurors.

In conclusion, everything about AMERICAN CRIME: THE PEOPLE V O.J SIMPSON is completely evocative and powerful. It grabs your attention, and makes you to recreate the infamous crime in your mind, as you watch the film. It allows you to travel back in time, to watch the entire story with great enthusiasm. You may already know how the entire trial ended back then, but does it really matter, when you’re about to watch one of the greatest shows of 2016 with curiously presented case?