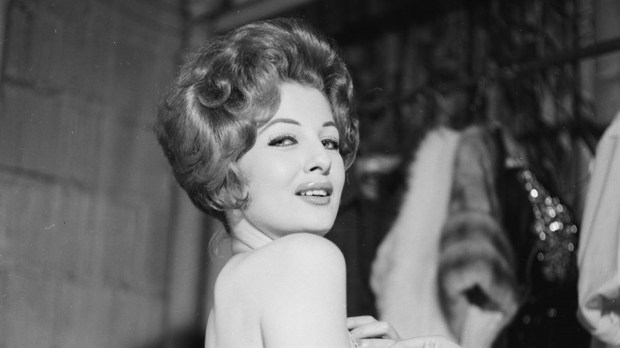 It’s hard to imagine what kind of life Tempest Storm would love to wish for herself other than being on the stage to perform an exotic dance. She is considered as one of the best burlesque dancers in history. She became an international star on stage and screen back in 1950s when only two colors ruled the world – black and white. She was mistress to both Elvis Presley and JFK. She earned the hearts of millions of her fans, but failed to earn one – the love and heart of her own daughter, Patti, who she abandoned when she was just 10 years old.

Documentary film “Tempest Storm” tells the fascinating story of Tempest Storm where the legend for the first time ever opens up about her personal life. You may say she had a wonderful life with full of ups. But guess what? She had her downs as well. When she was just 13 years old, she had to survive a gang rape. At the age of 14 she was already married, but only for one night. She will again tie the knot, three more times, with the same ending – divorce.

While Tempest Storm unfolds her past life, now she tries to reconcile with her estranged daughter, whose anger is so strong that she expresses the desire to not see her mother again. Perhaps Patti has a good reason for that, after all, her mother abandoned her and never appeared in her life the following five decades. The emotional conversation between the two over the phone will answer all your questions… But in the end, you will ask yourself, was it really worth it?

“Tempest Storm”, produced and directed by Nimisha Mukerji, is outstanding film with a free ride back in time. Everything about this story, the film itself and directorial approach is pure beauty that you would wish to last a bit longer than an hour and half. In the end, the only person who shines in this film completely is the always young and beautiful Tempest Storm whose story you simply must hear and see with your own eyes to believe.