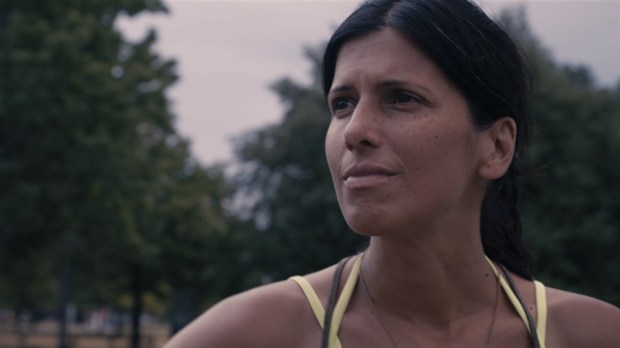 How many victims of domestic violence are out there that we do not know about? How many of them have joined a sad statistic into the list of people who could not make it? What about discussions that should have been had and never happened before? How to fix the unfixable? How to stop something that should have been stopped ages ago? Women and men can equally be qualified as a victim of constant abuse. As a matter of fact, some of them were able to survive it in their own way… Some were able to retain their lives, some carried the violence they had previously onto someone else… Either way, everyone has an opportunity to be a better man… but how many are willing to be one is a million dollar question, I am afraid, we won’t get an answer to in this or the next time line.

A Better Man co-directed by Attiya Khan, the director and a victim of an abusive relationship she had suffered twenty years ago due to her then-husband Steve, who would not stop exercising his power over her by choking her, strangling, beating her up until she passes out. Now, when she is happy with Alex, two decades later she returns back to the same questions, but this time confronting Steve himself in front of a camera, to share the life they had together, that only accidentally, I guess, Attiya was able to get away from it alive…

For some of you it won’t be easy to watch, especially when it is sad acknowledging that you were a victim as well. As the camera focuses on Steve’s face, you can’t help but want to punch him in the face the way he did to Attiya Khan. A man, who instead of loving his wife, would torture her physically and psychologically. As you go through the film version of therapy, there will be many questions raised, such as why Steve is still not in jail, why he is free and able to talk to the camera, what kind of punishment is awaiting him one day in the future. But by the time when you finish watching this incredibly powerful, shocking, and painfully well crafted story, you’ll see sometimes having such a brilliant film is much better than sitting behind bars.

A subject matter such as a domestic abuse is quite important and should be spoken openly more often. But what struck me most is when Attiya Khan says, “when I went out crying screaming for help, not even a single neighbor opened their door to help me.” You see, when you hear that, you realize Attiya Khan not only survives her husband, but survives careless neighbors, who for some reason decided to stay as bystanders… Intervention, it seems, was not an option for those neighbors, which in fact, could have caused Attiya to lose her life itself.

Having said that, A Better Man is an absolutely must-see film by everyone who wants to be more caring, attentive to things around, and be more helpful if they notice any sign of violence occurring around them. It’s also important to celebrate the braveness and determination of Attiya Khan who was not afraid to discuss the nightmare she had to go through and help out other victims of abuse. So if you’re in Toronto, please do yourself a huge, as big as the world itself favor, and see this film! Trust me on that, this will be a life-changing and fateful experience that will turn your personality upside down to become a better man than you already are… and by saying man I do not mean a man himself… just generally speaking!