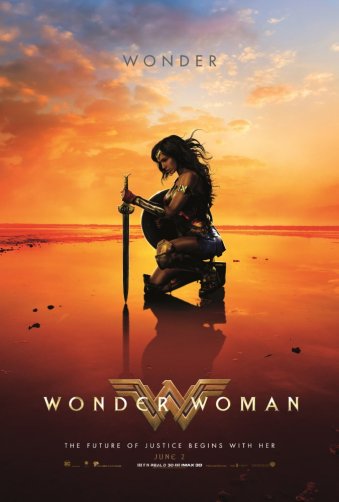 The last time I watched Patty Jenkins’ Monster, it was 2003 and I found myself mesmerized not only by Charlize Theron’s performance, but by the movie as well. The credit, of course, should have gone, and it went indeed to Patty Jenkins for doing such an incredible job. Now in 2017 we live in the era of DC Comics for which, for the first time in my life, I could not be more proud of. By bringing up Wonder Woman onto the big screen, coincidentally or not directed by Patty Jenkins, I was, I must be honest with you, very skeptical about it. I expected nothing at all due to unknown reasons. But thanks to the God of cinema, because Wonder Woman, after I finished watching it, became the best, raw and unusually beautiful portrayal of a comic I have seen in a very long time.

Before Wonder Woman became who we know her now, Diana was the princess of Amazon, where a man has never stepped into the soil of women. Diana was a little girl when her aunt Antiope trained her well to become the best warrior. Her mother, Queen Hipppolyta, has done a lot to protect Diana from her destiny – from being a godkiller. But when she drags out from the water a mysterious man, Diana realizes her real purpose and is determined to travel to the world of people to stop the war she believes started because of Ares.

As it usually happens, there is a philosophical approach to the film where the meaning of war, mankind, and why they are at fault of any war is widely brought in Wonder Woman. The scene, for instance, when a puzzled Diana asks, “why the war has not ended? But I just killed him” will make you question the same. Then, Steve answers with guilt, “maybe because by killing one does not mean we can end the war. Sometimes, it just happens, and it is us, who should be blamed.’ All these made the entire movie a complete joy to watch. Because it cared about the war, it unfolds why there is no need to have one, and why humanity does not deserve to have someone like Wonder Woman to save us from ourselves, from our selfishness and self-destruction.

Connie Nielsen as Hippolyta or Robin Wright as Antiope made my jaw drop. Their full readiness to fulfill their duties as Hippolyta or Antiope was truly outstanding. Robin Wright went even beyond my imagination by showcasing her physical abilities. Gal Gadot, who I am not a big fan of at all, made me change my mind about her ability as an actress. She was stunning as Wonder Woman, breathtaking and real. She, and I could not be happier, did her best not just proving that she deserved to be cast in such a major film, but showcased that she had what was needed to be Wonder Woman. And she was. Even better than you or anyone else could have ever imagined.

In conclusion, Patty Jenkins was able to achieve what Batman vs Superman could not. Well, lets face it. Batman vs Superman was a disaster. But if we were to compare it with any Avengers movie, all of them could hardly be compared with Wonder Woman. Jenkin’s vision, ability to handle one-hundred-and-fifty-million budget with such effect is something any male filmmaker must learn from. Visual effects, camera, even editing and everything else in this movie was astonishing. Choreography, fighting scenes and even soundtrack leaves an absolutely positive impression.

In the end, a subject, a food for thought, a war, and us is what we all have to think about. We do not need to watch DC’s movies to realize that war is a disaster because war kills innocent people. But if that is the only way to improve and helps us to make our planet a greater place to live… then lets hope we will be having more movies like Wonder Woman to watch all day long until the lesson learned.