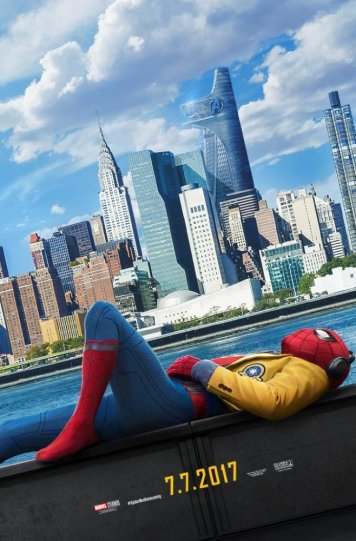 It is very tough to keep the promise of not to watch Spider-Man, especially since last time when Andrew Garfield committed a crime by killing off Peter Parker, aka Spider Man by delivering the worst portrayal of the most beloved character ever. But now, with the talented Tom Holland, Peter Parker turns into a very fresh human being who, first must realize for himself who is he without the suit of Spider Man?

The new installment follows Tony Stark, Peter’s mentor and an object of pride, who invites the young man to become an intern in the Stark company. Now Peter enjoys his time at school as he meets new people makes friends and even falls for Liz from his school, with whom his relationships gets complicated after he faces a new enemy in the face of Vulture.

Stark, what the viewer learns quickly, wants Peter to become more mature, responsible and gain ability to hold himself accountable in case he fails. But more importantly, he wants Peter to be more patient and analytical. The last two, you will soon find are qualities Peter is missing but will find himself redeemed before Stark when with the help of his new buddy, Chan, he proves he is more than just a candidate to become a new Avenger.

There are plenty of positive surprises in Jon Watts’ Spider-Man: Homecoming. Firstly, it’s a funny, dynamic, well written story and has interesting characters. It also has a decent villain in Michael Keaton’s Vulture, whose presence in any movie is an absolute joy to any of his admirers. And as a villain, Mr. Keaton can beat many his already experienced colleagues, by showing how confident one can be when it comes to standing in front of the camera.

Even Peter Parker no longer wants to show off the way his predecessor would do. This time the newborn hero knows he is still too young to carry the troubles of little streets on his shoulders, however, his confidence and assurance in himself allows him to rise above his own ego to become who he should have been and was meant to be – a hero of New York City.

I will not be exaggerating when I say one of the best part of Homecoming was Gwyneth Paltrow, who finally agrees to appear in Marvel’s movies for a long time. In terms of performance, I had nothing to complain about. Tom Holland as Spider-Man has restored my faith in Peter Parker as someone who sometimes can be strong, but vulnerable at the same time. Despite having opportunity to go above the sky and fly even higher, Holland’s Parker intentionally prefers to stay on the ground where he belongs and that was charming is the least I could say.

That said, Watts’ film is another great way to remind all of us that without superheroes our world would have been less safer place to live. And hope is the only thing which will make us continue to believe the way Peter Parker has opened his mind towards his new self….