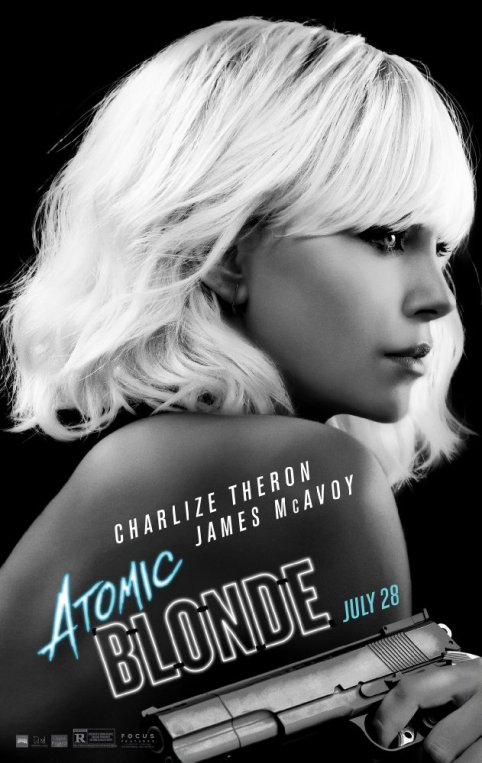 There is no need for Charlize Theron to convince everybody how committed she can be in order to portray any role. Her Academy Award performance in “Monster” directed by Patty Jenkins has shut down any skeptical mind. However, there are two big differences between the same “Monster” and David Leitch’s “Atomic Blonde”, where the same hardworking actress showcases her other ability to show to the world that’s owned by men that messing with women can’t be a welcoming idea.

Set in Berlin’s both East and West Side during the Cold War, an American agent gets killed during his mission on the West Side. The list with names of missing agents that can keep busy any intelligence agencies is stolen. As the threat of the names of remaining agents across Berlin ending up in enemy’s hand arose, an MI6 agent Lorraine Broughton (Charlize Theron) is sent to Berlin to investigate the murder and recover the list before it reaches the enemy. But before she begins her mission, she has been assaulted, proving that this journey is not going to be as easy as a relaxing walk in the Central Park.

In order to maintain required contacts on the West Side, David Percival (James McAvoy) is assigned as person of contact for the agent. But that happens only after when we find her in the beginning of the film with black eye, sitting in the briefing room and being interviewed by Chief ‘C’ (James Faulkner), Eric Gray (Toby Jones) and Emmett Kurzfeld (John Goodman), who want to know everything in what appears as a failed mission where Lorraine is found to be at fault. But that assumption is yet to fade away as the audience is taken few weeks earlier where the battle for life begins, when Lorraine will have to fight with every man before concluding her investigation. As she’s on her way to protect the highest asset that might recover the agents list, Spyglass, she will have to cross the full circle of Hell before ending up in the briefing room I mentioned above.

While the concept of “Atomic Blonde” may not be so important, but still crucial for the story to unfold and keep us interested throughout the movie. It’s Charlize Theron and her superb physical readiness that will amaze you the most. The sequence of fighting scenes, for which she spent eight weeks to prepare with Keanu Reeves, were mind-blowing, beautiful and stylish. Her ability to appear in continuous fights with big men, especially during stairway scenes was something you will never forgive yourself for missing. And on top of that, Atomic Blonde is a well directed spy movie which, as usual, delivers a few surprising solutions. And when you think that finally Lorraine can rest from kicking someone’s butt, another crazy scene begins, making you to forget about everything you had in your mind before you entered the theater.

Being edited by a woman, Elísabet Ronaldsdóttir, who also edited John Wick with Keanu Reeves, Ronaldsdóttir seems to have an excellent eye for certain scenes where you can tell a male eye could have missed. Overall, Leitch’s movie is an outstanding spy movie that delivers everything you need to forget about James Bond‘s series or Mission Impossible. It shows that to have a female to lead in an action movie is a very wise decision because in the real world of spy, I am sure, man is not the only one who can fight, spy on anyone, or even shoot a gun. But what Charlize Theron does here is way better from anything you have seen before, and that’s the fact, I really hope, you will agree upon.