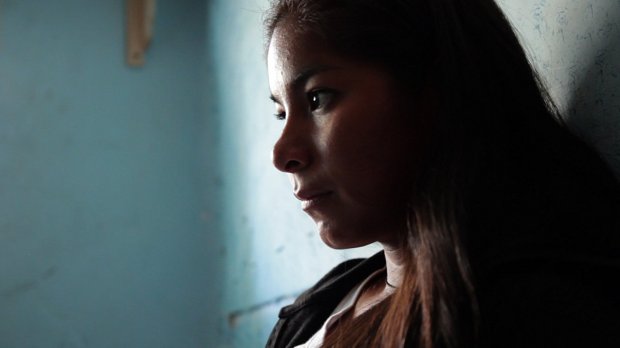 It’s never acceptable to make, sell or even use drugs under any circumstance. By saying drugs I am not talking about the one you buy in pharmacy or the one that’s being prescribed by your doctor, who, by the way, in some cases, abuse the power they are given. But that’s not something I intend to bring up in my review. Violetta Ayala’s COCAINE PRISON reveals a terrifying truth about the reality of some people that dream to have a better life than they have.

Having to risk their freedom, they agree for one hundred dollars to transport cocaine from one place to another, but instead, they end up getting three, five or even more years in prison. Now you might ask: “but why someone has to do something unthinkable and silly like this?” And you have your point, oh sure, you got one. But what COCAINE PRISON offers is not what you might expect… But more than that. It tells the story of Deisy and her troubled brother Herman. Before even getting to the point why Herman ends up in prison, there is an interesting background story for which you might need to fetch popcorn before you sit to learn about it.

In Cochabamba, Bolivia, Deisy’s family own their own coca farm. They are allowed to grow a certain amount of coca leaves, but are being prohibited from making cocaine, spreading it or transporting. Deisy, as per her, was introduced to coca leaf when she was seven years old, two years younger than her brother Herman, who would actively harvest the coca plant by then. As he grows older, he dreams to have his own music band. The idea to buy drums, guitar and anything that will push forward his dream, Herman, Deisy’s brother agrees to transport cocaine, but was caught and sent to prison for eight years.

Mario has children. However, they have lost connection with them after arrest. Now, Herman and Mario are inmates in San Sebastian Prison. There is an interesting fact you learn quickly from them, as how the Government turns a blind eye to much more powerful drug dealers and arrests those whose offence is not as big as they plant it to be. By doing that, the Bolivian government keep assuring the US that the war against drug dealers is ongoing. But the truth is that cannot be true, when the big bosses of Mario or even Herman are still free, and most likely still succeeding at making more money by hiring more desperate people who ae willing to put their lives at risk for an extra dollar.

COCAINE PRISON is one of the rarest documentary features that opens to the viewer a prison that   even self-respected criminals with huge ego would have get themselves killed rather than ending up in such an overpopulated prison that has only eight washrooms shared between seven hundred inmates. That is best case scenario. But the worse one is the cell that need be purchased in order to stay in a warm place, otherwise an inmate is welcome to sleep on the stairs or anywhere within the range of prison.

While I can go on and on about COCAINE PRISON, its best part is when you know a little about it to prepare yourself for something unknown. It provides an insight look into San Sebastian Prison, how government treats its drug dealers, and why they would prefer to protect those who brings more money despite being considered as violent or someone who own the cartel, but sends to prison other people who are irrelevant to their pocket and more useful when the stats of drug dealers rapidly grows with the help of those who could have never hurt a fly even if they wanted to.