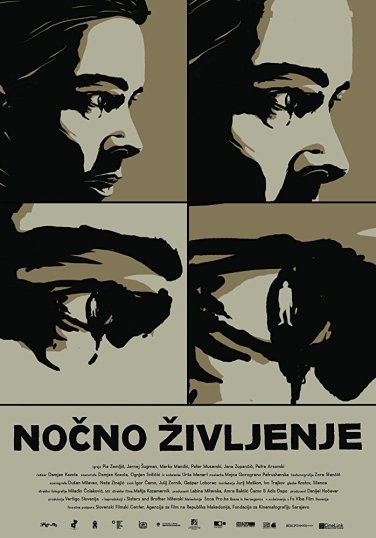 I remember once talking to an old friend about a story covered in the news when a villager had been attacked by his cow. I felt sorry and sympathy for the man. As any human probably would. Can you blame me for that? My friend argued, asking how did I know that it was the cow who attacked first and not the man. In that case, the cow was left with no other choice but self-defense. Those words made me think a lot. And now, watching the film “Nightlife”, the feeling of anger and disappointment was revived, due to the painful subject matter it touched. A subject, which should never take place – either in real or fictional life.

Milan (Jernej Sugman) is a brilliant attorney. His friend even confesses that he has outdone himself in his most recent case. But something strange happens to him that same night. Milan is found on the street covered in blood, almost naked, bitten by dogs. This would’ve looked like an unfortunate accident if not for the one major detail – a sex toy that is found next to him. As the police start their investigation, Milan’s wife – Lea (Pia Zemljic) is left alone to deal with two big problems she encounters that night. She has to put her dignity aside and worry more about her husband’s reputation while trying to find a moral balance. This night won’t be easy for her. But once you get to know her character better, you’ll see that there is nothing to worry about.

As we follow Lea throughout the film, there won’t be even a moment when we stop admiring her bravery, forwardness and bold attitude when it comes to defending her husband, even though she’s well aware of his faults and mistakes. It’s not easy for her, though. Milan has not been spending his nights with a lover – a man or a woman. his sexual desires are dark and disturbing, and we don’t know for sure yet, whether he fulfills them in such a cruel way against animals. It will take some time for us to process every step Lea makes. And her willingness to be concerned more about Milan than herself is a fascinating thing about her.

“Nightlife” is co-written and directed by Damjan Kozole (best known for his previous film “Slovenian girl”). It’s an absolutely intelligent drama – scary and real at the same time. The performance delivered by Pia Zemljic as Lea is unlike anything you have seen before. Her character and the trip she makes into Lea’s mind will cause you goosebumps. Some scenes you will find very hard to process as a human being. Still, her acting is powerful enough for you to buy everything she sells. In the end, it’s a unique film that uses an intellectual cinematic language, and I am sure, you’d love to learn more about it. Still, be ready to get unsettled as the trip you are about to take will be a challenging one and hard to forget afterward.