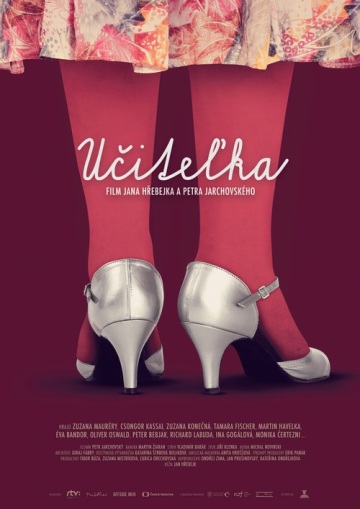 The film “The Teacher” captured my attention from its very first scene, where you see a bunch of people getting off the bus in the evening. A moment later, we are introduced to Maria Drazdechova (Zuzana Maurery). And what a performance she delivers! I know for sure – no movie with a concept like this can go wrong. Still, it all depends on how the film is narrated, whether it manages to capture that wicked, half-funny and half-tragic atmosphere of systematic corruption in the public school and how cleverly the character gets away with it.

After the opening scene, we soon see Drazdechova in the school. It is her first day at work. In the class, she nicely asks her new students to introduce themselves. She is particularly interested in their parents – their jobs and positions. At first, it all looks like nothing but innocent curiosity. Soon, though, we’ll learn about the woman’s hidden agenda to use the parents in order to give better grades to their kids. If the parents refuse to cooperate, the child’s grades go down immediately.

Of course, by cooperating, I do not mean that Maria takes a loaded gun to blackmail the desperate parents. Not at all! In her arsenal, she has better tools than the guns. She is very skilled in manipulating the parents with the right words, so that the parents are more than willing to their generous support to the teacher: they deliver the food,  buy groceries, clean her house, give her a ride, even deliver a cake to Moscow when needed and a lot more. Soon, she crosses every unimaginable line of corruption and abuses the power she has. As the same parents, when they got off the bus to school, start discussing the same teacher and the unprecedented consequences. The most terrifyingly part for me- is the reason why some parents you meet in the film are still willing to support Drazdechova eagerly.

In conclusion, set in a suburban school in Bratislava in the 80s, written by Petr Jarchovský and flawlessly directed by Jan Hrebejk, “The Teacher” offers an alarming and disturbing look into what may happen in a school if someone like Maria Drajdechova steps into it as a teacher. The absolutely mind-blowing performance delivered by Zuzana Mauréry. Trust me, you will be admiring how Maria executes her plans. It is incredible how the corrupt teacher uses intelligently the psychological tricks to take advantage of everyone around her. And my, my, my… She does that in a way, that you will end up asking yourself how on earth is she still walking freely in the streets and continues doing those horrendous things. But I guess, sometimes, bad people are in more luck than the honest ones. And with what is happening in the world right now, there is no more room left to wonder about that.