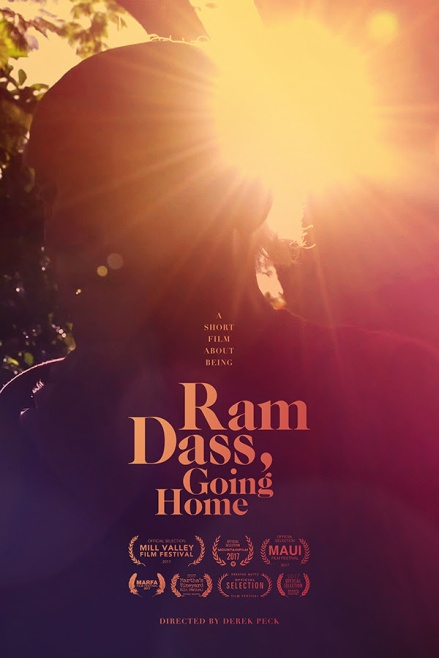 Documentary films are a great source of knowledge for those of us who prefer to watch rather than ‘google’ for information. Yet, how many films can truly inspire us to do something incredible, or to start appreciating our existence even more? What can be more important than to tackle life and death in such a way that one begins to fall madly in love with lifeso madly? The film “Ram Dass, Going Home”, directed by Derek Peck, is a true inspiration to anyone who wants to find more meaning to life, as well as those who take it for granted.

“Ram Dass, Going Home” follows the spiritual teacher and the iconic person from the sixties – Ram Dass at his home in Maui. Having suffered a stroke that has left the right side of his body paralyzed, Dass has lost the ability to fully function. Yet, we get a chance to get learn more about his mind, his brave spirit, and his belief in consciousness as the greatest gate to God and eternal home. That’s the purest and most humble sense of being a human.

The opening scene of this short documentary is enough to give you a gasp of fresh air of hope. It starts with Ram Dass’ voice, as he says: “We are souls. As souls, we are not under time or space. We are infinite.” We find him at his residence in Maui, and continue admiring the life through a bird’s view of his house, as he tries to understand consciousness and reflect fully on it.  He later explains the meaning of consciousness, how he relates it to God or why at this stage of his life he comes to understand the true meaning of home.

The sensation of life seems has left him decades ago, when his brain got shaken by the stroke, leaving him partly paralyzed and frustrated. Ram Dass explains that it is due to that frustration that he has discovered a new perspective of aging, the nature of dependency and being dependable.
As you watch him in his seemingly helpless situation, he is still able to deliver the message to us through the silver screen. That message will reach every viewer who is not indifferent toward life.

Derek Peck’s piece is profound for its narration, editing and the way Ram Dass’ message is delivered in such a concise way. He adds to the film everything needed for all of us to benefit from it. The disability has taken so many things from him, but in the meantime, has allowed him to look into himself even deeper, to understand the intimacy between life and death, and how their constant dance through darkness brings light to us.

Since Derek Peck’s documentary is about a man who is looking for a great reason of life and death and their uniqueness, it will make sense to conclude this review quoting Ram Dass’ words: “Death is another way to go home. Death does not have to be treated as an enemy for you to delight the life. Keeping death present in your consciousness as one of the greatest mysteries. And as a moment of incredible transformation imbues this moment without richness and energy otherwise used up in denial. Death is not an era. It is not a failure. It is taking off a tight shoe.” I do hope these words help to shed light on what you’re about to see and learn in this film. To add to that, life is not about ending up on Wikipedia, but in someone’s heart, who will carry all of us through the land of dead right back to life in their mind forever.