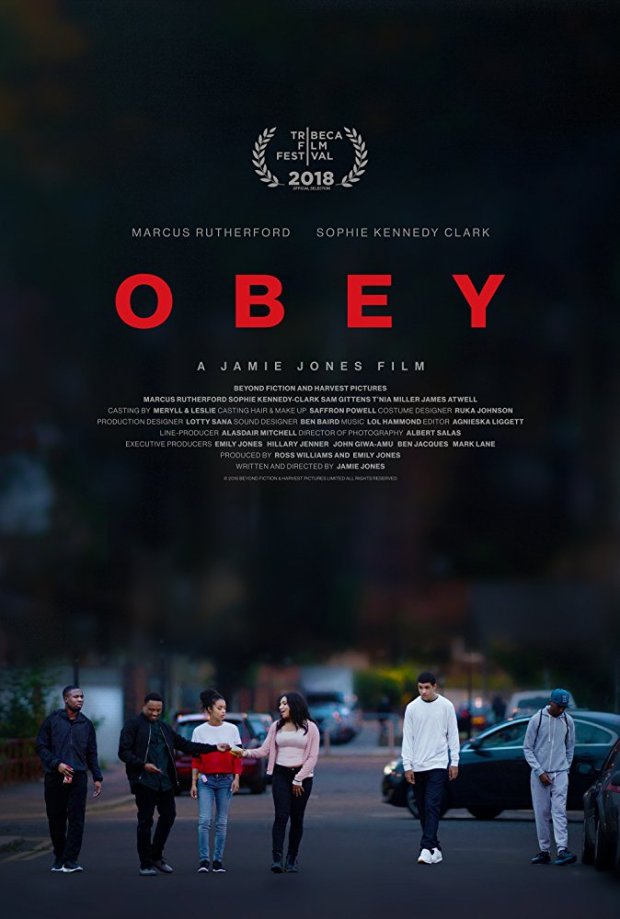 The rule of the street is to obey. The rule of poverty is to obey too. The despair, desperation and powerlessness also require obeying. So what kind of chance those who were unfortunate enough to fall into that category were given? Does it mean the ruthless world full of injustice will move the good aside to claim innocent souls that lose one last opportunity to survive, hope? Movies like “Obey” are never easy to watch, digest or even swallow the concept it offers. Because what it has to show us is brutal, sharp as a knife and hits right where it hurts – the heart.

Set in London, the film follows a young man with name Leon whose life within his home or outside is hopeless and full of danger. He has the potential to grow into a decent human being, respectful man who one day can build his own family. But the friends he has or his mother’s lifestyle, or disrupted streets or the girl he meets from another place do not give him enough encouragement or inspiration to leave the troubles behind. But when you watch him, you see how hard he will try to keep himself away from disaster. But the battle he got himself into is uneven and he had no chances of winning it, not in this life.

Leon’s mother is never sober. Her partner Chris not only disrespects her with his abuse and the display of power, but attacks Leon as well. Leon’s friends are also determined to take the piece of cake from this life. But their approach is not what decent people do. And it happens that Leon does not have much choice and follows them. He also likes boxing; in fact, he’s very good at it if he manages to control his anger and emotions. When he meets Twiggie, he discovers a new self, a man who has his own voice.

But when a young black man gets killed by the police and the protests as a wave takes over London’s streets, Leon feels he must contribute in order to cure society from police violence… But at some point he will get a chance to look at himself and realize he himself did not go far from the person who he judges for doing wrong… He begins to follow his instincts, almost like obeying them, no longer recognizing himself, maybe because he never really was himself.

In conclusion, if you happen to read my previous reviews written about social injustice, then you know how painful this subject matter can be. Sometimes what we know is not what facts show and this film is testament to that. It draws a clever parallel between police brutality, the young gang members that seem to want to prove their point but is still committing crimes and not even realizing it. Shot almost like a musical with not much music though, Jamie Jones’ film brings that subtle detail of a frightening reality we, in most cases, fail to recognize.

Just to add to that, as we tend to follow our eyes, this film powerfully awakens all our senses by making us fully engaged with the story only to realize by the end of the film how angry you might find yourself after it’s over. And when that happens, there is nothing to worry about. Because it’s healthy for the film or the story you followed seriously or care about characters we may never meet in a real life, but through “Obey” we never felt that they were strangers to us. And that was the beauty of Jones’ work, no doubt, you will certainly admire.