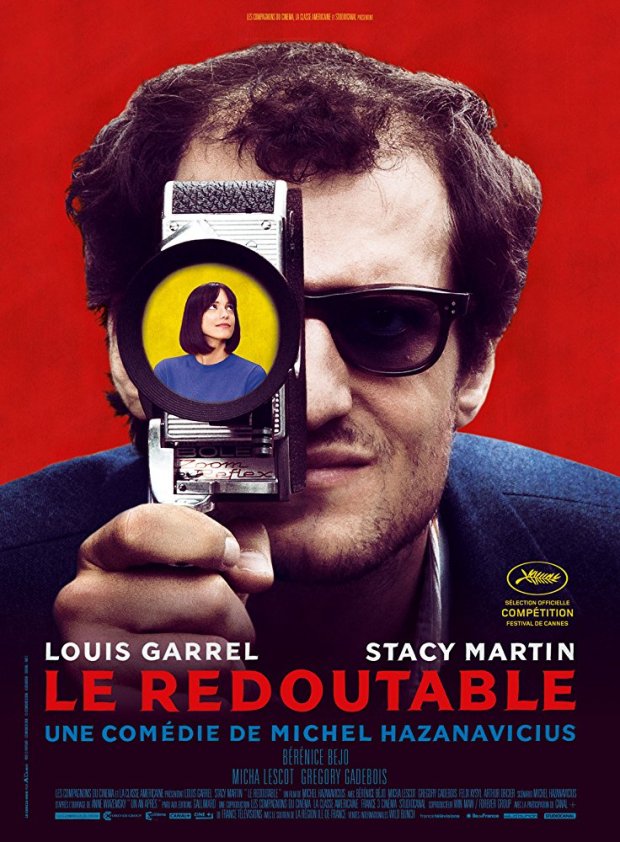 Once Jean-Luc Godard said: “I write essays in the form of novels, or novels in the form of essays. I’m still as much of a critic as I ever was during the time of ‘Cahiers du Cinema.’ The only difference is that instead of writing criticism, I now film it.”, which totally makes sense after what you are about to see in Michel Hazanavicius’ ‘Godard Mon Amour’ about the legendary French filmmaker Jean-Luc Godard who found it a bad idea to make a film about him. But quite frankly, it was important to make it so we could better understand his true artistic side, which is sharply and openly revealed in this film.

‘Godard Mon Amour’ from the director of Academy Winner, ” The Artist”, Michel Hazanavicius explores a dangerous path which might be viewed by many as negative, and perhaps they all will have a valid reason as the main character of his film is the legend of French Cinema Jean-Luc Godard who was not fond of the idea of having a film made about him. But as you start watching it, the highly stylish but not too funny (and was never meant to be) piece touches upon not only the dysfunctional marriage of Godard with his student, Anne, who was the star of his film “La Chinoise”.

Set in 1968 (but not limited to), we find Godard extremely despising his previous work, finding no meaning in cinema and willing to axe Cannes Film Festival. While the film concentrates mainly on their troubled marriage, it is Godard who leads the show by humiliating either himself or the fans that approach him to express their admiration. But all Godard needs at that moment is a political movement, revolution and the answers he tries to find them through them.

His philosophical and even critical approach has not been accepted by his friends. Anne as his wife is patient and continues loving him no matter how uncontrolled a temper Godard had. Even though that temper would never get escalated to a dangerous level, at some point you begin feeling how Anne grows tired of him and not because she did not love him, but starting to feel a bit less for him than previously due to his attitude and verbal abuse.

It’s easy to go over the entire film, but doing that would mean I leave nothing for you to be surprised about. As the story unfolds, there are a few things you must be ready for – nail-biting lines and subtle performances from Louis Garrel as Godard and Stacy Martin as Anne. Both actors are amazingly great together. The chemistry they share on the screen is what we need from all actors. One of the most important scenes, towards the end, is an absolute delight to watch when both Garrel and Martin finish their part as if they were reading a heart-aching poem about the marriage that was doomed to fail right from the start.

In conclusion, “Godard Mon Amour” is a delicately crafted film from one master dedicated to another with a poignant look into how Godard left an impact on people that cared deeply about him or his work. Anne, in the end, will bring the conclusion to when she believed Godard was dead for her, but it seems it did happen for Michel Hazanavicius as well, which is in a way, a sad love letter to an artist who could have had a different approach to humanity. But if he did, there would be no Godard or even ” Godard Mon Amour” to watch, isn’t it?