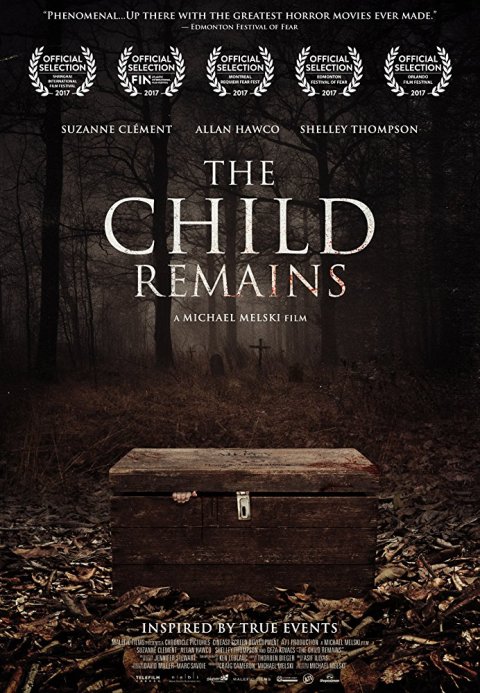 Imagine it is Friday night, and in addition to that, it’s your birthday weekend. What can be cooler than that? You are looking forward to spending some exciting time. And then, something unexpected and unplanned happens. Something, that can change your whole life upside down and the worst nightmare will become reality. Before I start telling you about the film “The Child Remains by Michael Melski, and transport you to this vintage-style horror movie, I’d recommend researching the book called “Butterbox Babies” by Bette L. Cahill. It is a story of a Maternity Home that took place in the 1930s in East Chester, Nova Scotia. This film is inspired by the book.

The book tells a sad story, that should not have happened anywhere, ever. It all begins when Minister William Peach Young and his devoted wife Lila Gladys decide to open an Ideal Maternity Home for unwed mothers. There, mothers give birth and get help in finding a new, caring family for their infants. But here the fairy tale ends as those children who are not adopted are sentenced to die of starvation in the most sinister and unimaginable way.

Knowing all of this, it is hard to call Michael Melski’s film exciting or enjoyable. Any person with a caring heart and soul is shocked by such a story. The film follows a married couple, who have come to spend some quality time at the Mercy Inn. It is Rae’s birthday, and her caring husband Liam has taken care of this reservation for them to enjoy their weekend. Rae is suffering from a PTSD and is on the third month of pregnancy. Liam is a musician but rarely in the right mood to create any memorable music.

There is one quote by Rae that reveals a little bit of what we must expect. She says: “I feel like the house has what I have.” By that, she means her PTSD, of course. And soon we realize, although the house cannot be sick, horrifying events have occurred in it and now, it is looking for a way to communicate. That happens through flashbacks Rae sees.

Largely driven by the characters and with a strong emphasis in a dark atmosphere, the film delivers a very delicate story in the horror genre. Right from the beginning, we feel that Liam is hiding something and we do not expect anything good to happen. Then we meet the manager of the Inn – Monica. Trust me, you would not want to cross paths with her. The woman appears to know more than she reveals. She also knows quite a bit about Liam who underestimates her.

Realizing that the house has some dark secrets from the past, Rae starts her own investigation. As she tries to uncover the truth, that same truth comes after her, dragging her down. In her state of mind, it can crash her easily. However, as the story unfolds, Liam and Rae understand the degree of danger that this place carries. It can harm not only them but also their unborn child. Yet, as most humans, they cannot resist getting into a trouble. Curiosity as a power that shuts down any reasonable cell in a person’s brain and makes them forget about any precautions. That’s what happens to Rae and Liam.

In conclusion, “The Child Remains” has the best cast to tell this dark story. Susanne Clement as Rae, Allan Hawco as Rae, and Shelley Thompson as Monica form an excellent trio. They fulfill each other on the set to create a magnetic attraction to capture the characters they portray in such an impressive way. This film left me fully satisfied. The story is brilliant and the performance of the actors is powerful, which is a great thing, as we do not get that too often in Canada.