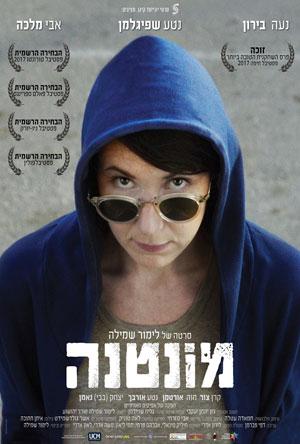 Every person carries a secret from the past; some are dark while some are too shameful to be shared between a group of people. However, either of them can have unexpected implications when the cause of that past reappears to bring a logical closure.

In Linor Shmila’s “Montana”, a young woman named Effi returns to her family she is no longer close with. As she gets ready to bury her grandpa who drowned but never learned the real reason why,  the woman finds herself into a passionate affair with the married Karen who lives now in her childhood home. It becomes more like a dangerous endeavor that might destroy both their lives. However, well-balanced emotions and a specific agenda of Effi helps her to remain focused on what, she believes, her uncle Yossi might repeat the same awful action towards the little girl, the same when Effi was just twelve.

As the story unfolds, the screenplay never opens up completely, but rather allows the viewer to dig deep into Effi’s past and understand that the death of the grandpa might be a catalyst of her decision to return home, but as soon as she encounters her uncle Yossi again, who seems to see in Effi more of an attractive woman than a relative. As Yossi has struck a particularly strong bond with the partner’s young daughter (Netta Orbach), who’s presumably around 12 years old, Effi quickly recognizes that move and understands what if Yossi’s obsession towards Effi when she was younger was not a singular event and might have reoccurred many times after with others.

As her feeling and affection grows towards the schoolteacher, Karen, the tension in her family grows as well with questions asked such as why all of a sudden Effi decided to return home for more than just a few days. But as the viewer watches Effi’s family more carefully, it will become more obvious that the family is aware of secrets but prefer to say nothing. But not Effi, who this time around is not just a little girl who’s afraid to tell the truth or stand up for herself.

Linor Shmila’s “Montana” is not an average psychological drama you see nowadays on silver screen. It touches quite a few complicated concepts and carefully explores the topic of pedophilia through suggestions and dialogues, superbly performed by Avi Malka, Neta Shpigelman and Noa Biron as Effi. Overall, “Montana” is all about the past, traumatized childhood and the moment of truth. The film clearly knows where it will head, and does it with ease and perfection all the way till the end.