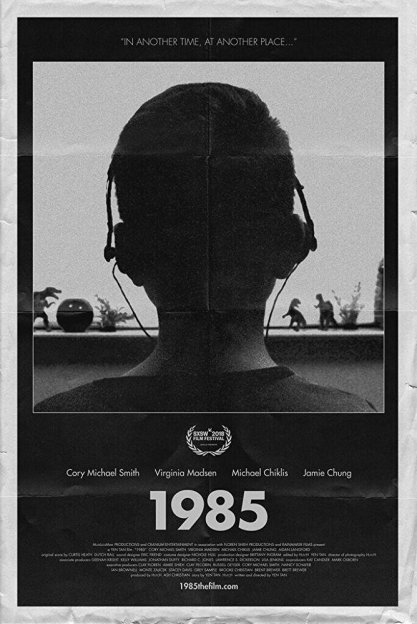 Whether it is 1985, 1975 or any other year or century, it requires an enormous amount of courage to come home and say, “Mom, Dad, I am dying.” Those words are enough to send anyone into deep emotional coma from which it will be too difficult to regain any sense of reality. And imagine how hard it is for someone who has to go through such a painful transition in life?

1985 is the year when many young men and women diagnosed with AIDS had to face the toughest phase of their life. As the virus would progress in their body very quickly, there will be not much time left to say goodbye. Adrian (Cory Michael Smith) is a young man who, after residing in New York, returns home to his conservative family for Christmas. As his parents try to understand what brought their son back to the little town after three years of absence in their life, on the other hand, Adrian also struggles in his own way as he searches for a way to tell the family the truth about his sexuality and more importantly, to confess about being gravely ill.

Set in black and white, Yen Tan’s deeply profound, sincere and touching family drama takes the viewer to Adrian’s troubled reality where he tries to reconcile with his loved ones, best friend Karli, and comfort his younger brother  Andrew, who’s in search of himself as well. Adrian’s parents, portrayed by Virginia Madsen and Michael Chiklis are quite happy to have their son back. However, they both realize that there is something more to Adrian’s simple visit but prefer to enjoy his presence as much as they could. In certain scenes you realize that even if Adrian decides to tell them the truth about him being gay, it can bring that painful closure to the fear he has deep inside, but still waits for the right moment which he realizes may never come.

In conclusion, 1985 is very moody and beautifully performed by the entire cast; it is an exceptional narrative with deep meaning. Despite having such a heavy concept, it’s very easy to watch. Sometimes, no matter how painful it becomes to follow it, the film has a double effect on a viewer that can bring tears to eyes in a minute and a solace in the next. And at the end of the day, the one thing which can be taken away after watching it is that life is a moment we must cherish. Because what we have today may not be there for us tomorrow. That’s why caring and understanding the idea of intimacy of time and how sensitive it can be when it comes to the importance of living a life with a news such as “I am dying” is not as powerful as sharing the unique moment of unity that can have a lasting impact than just the death of a loved one.