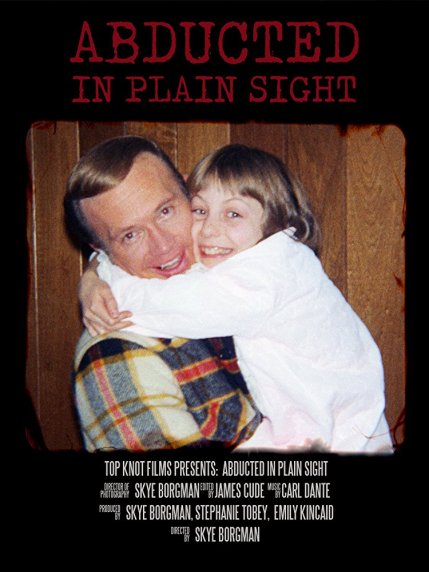 It’s never fun watching true crime films or documentaries. Indeed it’s interesting as we always learn something new. But let’s not forget that while for us it’s just an educational process, for the victim of any crime, if they are lucky enough to survive, it’s a nightmare that will haunt them forever. With that being told in “Abducted in Plain Sight”, you, my dear viewer, will take two lessons out of it: be extra careful when you have a minor child and secondly, the most damning one : justice system is never there to help people like you and me, and exists only to help certain individuals that are smarter than the system.

Everything starts with an innocent friendship in the very religious and law-obedient neighborhood of Pocatello when every community member becomes best friends with Robert Berchtold, a Mormon Church member. Every single person admired him, and the Broberg family was one of them. They put so much trust on him that they allowed him to take their 12-year-old Jan Broberg horseback riding. But there is one thing the family had no idea about – Broberg’s plan to kidnap Jan, in which he succeeded not only once, but twice.

Kidnapping was just the beginning of Broberg’s plan when he creates a fascinating story for Jan of her being abducted by aliens and that she is on a very important mission to save her family and the entire world. It all happens on October 17, 1974, when Jan was kidnapped, dragged, strapped to a tiny bed and taken to Mexico city on Robert Berchtold’s motorhome. The first thing the little girl hears as soon as she wakes up after being heavily dosed on drugs is the high-pitched voices repeating commands through a small intercom. Due to her being heavily brainwashed, the girl thought not only her but Berchtold is also victim of abduction by aliens and promises to help him fulfil the mission with a price no one should ever be paying.

As the story unfolds, through Jan’s parents’ interview, her sisters and herself, the film takes a hell of a ride to the past where we the viewers are left to follow the story right from the start. Even though it sounds so unbelievable, the most bizarre part of Jan Broberg’s story continues when she was kidnapped for a second time and she, in fact, had no idea about it. Broberg being a master of manipulation, made the Broberg family to become his hostage, as well of their shame and guilt they wanted to hide from the public eye.

Overall, directed by Skye Borgman, “Abducted in Plain Sight” is a well, if not dramatically narrated feature film that touches upon how one innocent life can be stolen in the blink of an eye. And the most terrifying thing is that all these could have been prevented if the alarming signs weren’t disregarded. But as a viewer who learns about this mind-blowing abduction in the 21st century, you may start asking questions. But before you start listing the questions, it’s always helpful to keep in mind that 1974 was way different from our era, where family and friends were treated equally while trust was something nobody would dare question.

To conclude that, “Abducted in Plain Sight” is a truly sad story that should be followed closely. It draws a thin line of truth and lie, trust and distrust and mistakes that can be a huge catalyst to something more horrifying than it is right now. Unfortunately, Skye Borgman’s film serves as a great reminder why we should never betray the most vulnerable creatures – children by leaving them with those who can be harmful for them. While we can understand that certain signs cannot be so obvious, films like this will always help us get smarter and be more knowledgeable in tricks that can be used against our loved ones to protect them from unforeseen danger.