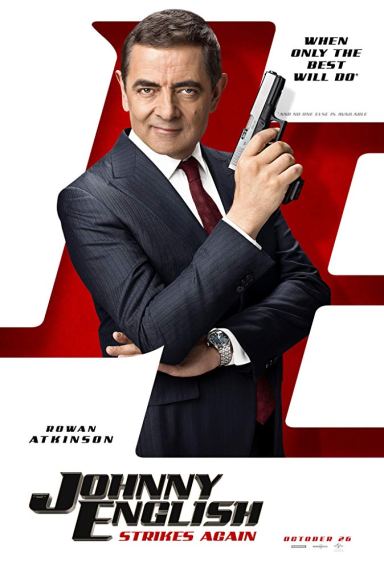 There’s nothing better than watching spy moves, whether it’s the James Bond franchise, Jack Ryan, or Ethan Hunt and his impossible missions. Despite some unbelievable stunts and the different kinds of worlds we are introduced to, some of us we may never be a part of. It’s like a beautiful fairy tale for adults we want our parents to read to us as a bedtime story. But what if that genre has something funny to offer? Something silly and totally ridiculous? A hero, for instance, who has no clue in most cases how he accomplishes a mission successfully but still does the job?

Johnny English is a generational story. It’s a man who never thinks twice when it comes to serving his country. He may burn the luxurious restaurant down in Paris, attack the French cyclist with a gas missile yet he’s the most ineffective of effective retired British agents the world can rely on. And with his new mission, he proves once again that anything old is better than a new one; illogical action and a mission that is doomed to failure is the most effective way for Johnny English to do what all other agents altogether would have had their heads spinning.

Set in London, M17 headquarter is under cyber-attack. The identity of every single active undercover agent in Britain has been exposed. The country itself is under attack and there’s no one left to defend it except one person – a geography teacher, retired Johnny English (Rowan Atkinson). As usually, he has his own way of solving problems, searching for a mastermind hacker and restore the dignity of Britain. With that, his best assistant, a check-and-balance buddy Bough (Ben Miller), joins him to help on such an important mission to not make things worse.

After the cyber-attack, the Prime Minister is told M17 cannot use any active agents due to the threat, so she specifically asks to bring the old ones. During the interview process, Johnny English, as usual, shines accidentally and eliminates all other retired agents. He then again, unintentionally, becomes the only qualified and rather alive old agent that can do his job. Of course, with all the funny accidents occurring around him, “Johnny English Strikes Again” directed by David Kerr brings back old and sweet memories of comedies from the 90s that never get old.

Jokes, stunt elements, or Rowan Atkinson himself never disappoints. Of course, there’s nothing intelligent or innovative about Johnny English’s actions, but that’s the whole point of this new installment that I am sure you will be fond of. Emma Thompson’s Prime Minister is portrayed as a typical character, someone who is rather attracted by the handsome look of a young man instead of questioning his real intentions of why suddenly he decides to save Britain. Olga Kurylenko’s Ophelia is the perfect candidate for Johnny English’s mission to be driven in the right direction.

Overall, screenplay written by William Davies, who also wrote the previous two versions of Johnny English’s saga, seems was the right choice to continue this quest, as he surely understands the character, true British humour, and why we love it so much. Indeed, “Johnny English Strikes Again” stands out as the only comedy that can be seen by the entire family without getting worried about hearing or seeing inappropriate lines or scenes. Right from the start, it gets right to the core of the story to assure you are at the auditorium not to waste your time but watch another quality comedy, completely entertaining and insanely enjoyable with the incomparable Rowan Atkinson who’s at the peak of his form.