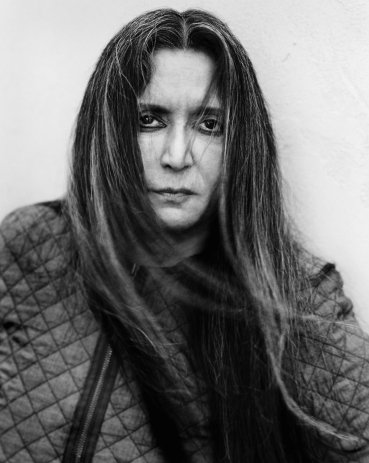 You don’t often see gangster films directed by female filmmakers because it’s not that kind of subject or world that’s easy to tell. After seeing Deepa Mehta’s adrenaline-charged Indo-Canadian gang war film, Beeba Boys, you hardly can realize that the person who stands behind the camera is a woman. Mehta’s film is based on a true story and follows Jeet Johar and his young, loyal, and often brutal crew who are about to take over the Vancouver drug and arms scene. What happens afterwards is something you must certainly check out.

But in the meantime, I was pleased to have the unique opportunity during Toronto International Film Festival to have a few minutes with Deepa Mehta and discuss her new film and her experience making the first gangster film ever directed by a female filmmaker.

MOVIEMOVESME: What is the difference behind Indo-Canadian gang war and clash of culture and crime?

Deepa Mehta: It’s all that. All that’s the story, right? The fact that it happens to be an Indo-Canadian story then it has to be rooted in the culture and the culture is one that is obsessed with finding identity. Identity is about family values, so when I was making the film I didn’t think I was making a gangster film, I thought I was making a dramatic film about gangsters, that’s the difference.

MOVIEMOVESME: What have you learnt about people’s philosophy or why do you think they enter the path of crime?

MOVIEMOVESME: Before you started writing the script what kind of research did you do?

Deepa Mehta: I did a lot of research, the film is not made up; it’s inspired by true events. It has been written about extensively. Look at the newspapers in Vancouver, they’ve covered it for the last fifteen years. There are non-fiction books that have been written about that. I met a couple of gangsters, one ex-gangster and one who was operating but not anymore.

MOVIEMOVESME: When you were developing the story, did you already know who you wanted to cast?

Deepa Mehta: No, when I’m writing the script, sometimes you say, “Oh my God, I think this character should be played by this person.” But not really. As a writer and a director, when I finish writing a screenplay I put it aside and look at it after a month or so. And then when I look at it I look it as a director. That’s when I say who would play Jeet, who might be good to play any other character. So it comes much later. I don’t write with an actor in mind.

MOVIEMOVESME: As a woman filmmaker, what is it like making a movie about man’s environment?

Deepa Mehta: It’s fabulous. It’s like saying women can’t make films about war. Women can do whatever they want, that is very important and empowering. For a long time women have been the subjects of the male gaze, why can’t females have a female gaze in the male’s world? I loved it.

MOVIEMOVESME: Were there any challenging or difficult scenes?

Deepa Mehta: I think making a whole film, whether it’s a film about gangsters or about domestic violence or about identity or about religion, it’s all difficult. But that’s what’s interesting, for me as a filmmaker to explore a world I’m not familiar with. And I really loved that, I didn’t know anything about this, about guns. I’m against guns, so to learn something is fascinating.