Academy Award-Nominated Hanna Polak Successfully Raises Money through Kickstarter for an Oscar Campaign for her Feature Documentary, SOMETHING BETTER TO COME

The social documentary SOMETHING BETTER TO COME from Polish director Hanna Polak is one of the qualifying titles for Academy Award nomination and raises $12,000 through Kickstarter for a promotional campaign to bring the film to the attention of the American audience, film critics, and Academy members for their consideration. 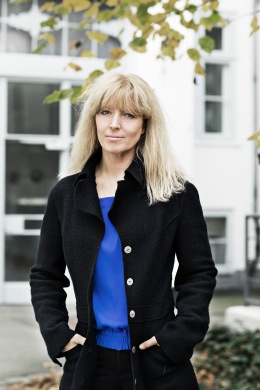 At the beginning of October, Academy award-nominated Polish director Hanna Polak launched a Kickstarter campaign to raise funds and awareness for her feature documentary SOMETHING BETTER TO COME. After her 2004 Academy Award nomination for her short film THE CHILDREN OF LENINGRADSKY, she had the firm intention of expanding on that achievement with her latest work. For 14 years, with her camera, Hanna followed a young girl named Yula who was living in a garbage dump on the outskirts of Moscow. SOMETHING BETTER TO COME had its world premiere last year and has been touring festivals since that time, winning 23 awards along the way. Following that path of success, SOMETHING BETTER TO COME has just been confirmed as a qualifying film—1 of 124 thus chosen—to contend for the Academy Award in the Best Documentary Feature category, 2016. The Kickstarter campaign has also been a success, with $12,000 raised in just over three weeks. The funds will support the film’s promotional Oscar campaign and spread awareness about the voiceless, homeless children of Russia and the world. The nominee shortlist will be announced in December.

Director Hanna Polak says: “Now that we’ve raised the necessary funds, we will hold screenings in the United States to bring the film to American audiences and to film critics, and to the attention of Academy members. The audience response has been fantastic so far. A top executive of a major film studio in Hollywood reached out recently and said, ‘I love the film. I’m in the fiction film industry but I just want you to know that I love the film.’ Together with The Film Society of Summit, in Summit, New Jersey, we are planning a screening to support the cause of eradicating childhood homelessness. In addition to the subject of childhood homelessness, I also have a mission: to inspire people by telling them Yula’s story.  Yula can inspire people to try harder, to get out of addiction, to free themselves, to hold to hopes and dreams, and to take their own destiny into their own hands. Even in the worst situation of your life you should not lose hope; you should fight for something better. Being among the qualifying titles for the Oscars and having successfully raised these funds is incredibly promising. There are 150 million homeless children in the world, including homeless children and youth in the United States. I want to give them a voice, and visibility. The Oscars, the most widely watched ceremony in the world, will help to achieve this aim.”

TRAILER – SOMETHING BETTER TO COME