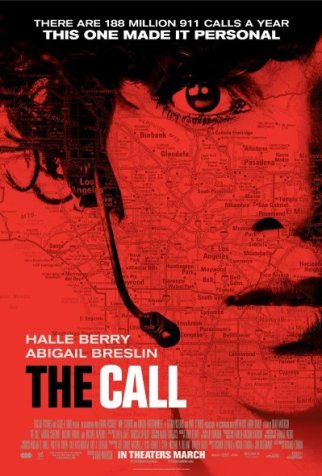 Being a 911 operator is not fun work at all. Every day the person with the headset must answer to any emergency call, and not take any of them personally. But that changes when Jordan Turner (Halle Berry) breaks the barrier between an abducted victim and a 911 operator, which is herself, by going beyond her job description to help a teenage girl not die. But before even getting that far, Jordan must prepare for the longest day of her life, while she is one who instructs Casey Welson (Abigail Breslin) how to extend her life until she gets help… a help, that will come from an unexpected person….

The Call begins with a wide shot of 911 call center where every one is busy answering an emergency call. While each of the operator try to do their best to assist over the phone and send help, Jordan Turner accepts a call that is about to change her life. On the other side of the phone, a teenage girl named Leah calls to report about someone breaking into her house. However, after unsuccessful attempts, a man finds Leah, crying and holding the phone in her hand. Next what Jordan hears after begging the man to let the girl go, his answer was quite reasonably alarming: “it’s already done”. Those words Jordan will hear again, but next time, she will take no chances….

Still coping from the event which occured six months ago, Jordan now is a trainer at the call center, and provides training to newbie operators. But soon, once the call is received by an inexperienced operator, Jordan finds out about another teenage girl being abducted. Trying to take the situation under control, our heroine takes over the call and stays on the line with Casey for as long as it’s required before the police locate her whereabouts. As the time goes by, Jordan and Casey will develop an exclusive bond that will help both of them stay sane in quite an unimaginable situation. But how long will it last is something that you must find out.

There are not many films made about 911 operators, which is why seeing Brad Anderson’s THE CALL is quite refreshing for any movie lover. Maybe some of you will find the plot of the film very simple with a predictable ending, but after seeing THE CALL, you hardly can feel that. Somehow the film manages to not only increase the intensity throughout the film, but brings the pressure up as well to keep the viewer biting his nails until the movie gets over. Thanks to the performances delivered by Halle Berry, Abigail Breslin and Michael Eklund, whose villain character, Michael Foster, merits an absolute loathing.

In conclusion, THE CALL is an interesting and realistic thriller, especially the part where Casey was on the emergency line with Jordan. It’s well executed, reverting and very enjoyable film that will keep you on the edge of your seat. The story develops so quickly that it never lets leaves your attention or give an opportunity to focus on something else. Anderson’s film certainly deserves attention not because of Halle Berry’s presence, but simply because it’s really a good movie that reaches its aim without carrying any loose ends.