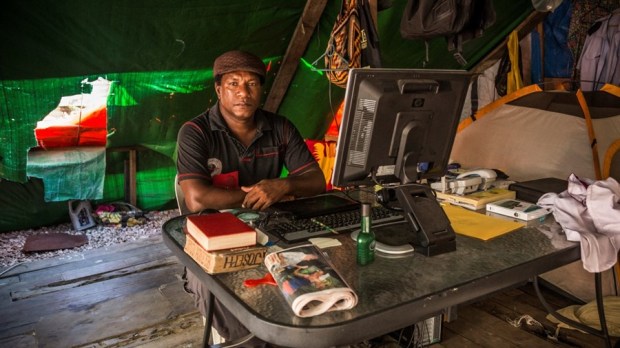 How many times do you hear of a film that was held up in a court case and just recently released a censored version that was screened at the Documentary Film Festival? Not many. And when it happens, you know that you have to leave everything else and see exactly that film to know why the government did not want you to see it.

Imagine for a second, you live by the beach and enjoy the beauty of Mother Nature while you breathe fresh air. Even though you may not have enough money to enjoy a wealthy life, but you have a land where you were born that gives you more than any money in the world. One day, one development company demands not only you, but the entire community to free the area, as they plan to build a five-star hotel and marina.

Well, perhaps you’re a lucky person as you don’t need to picture the nightmare this little community of Paga Hill in Papua New Guinea have to go through before their houses are demolished and as a result, evicted from the community in the blink of an eye. Papua New Guinea may be considered as one of the most culturally diverse countries in the world, however, after you watch “THE OPPOSITION” you see that that diversity has nothing to do with the law that could have protected its own people from being thrown on the streets.

When the film begins, it already warns the viewer about it being censored. It had to replace redacted scenes with text cards and narration to explain the injuncted footage. Then it takes you to a horrible scenery where demolished houses will remind you of the archive footages from the WWII, but these happened in the 21st century. And those were not bombs that destroys the houses, but bulldozers sent by unknown people to punish the community for their fight for the right to live in their own houses.

It’s Joe Moses, the Paga Hill Community Leader and Anthropologist who fights in the name of freedom for his people. As you watch him throughout the film you realize how important it is to have someone who, despite the fear for his own life, continues his battle against the Paga Hill Development Company and seeks help from the Supreme Court. But the thing is, when you live in a city where only money dictates the rules, how else can you win the unequal battle?

“The Opposition” is a superb documentary film. Brave! Fearless! And something you must see first before anything else. Yes, in this story you won’t be able to find a happy ending. However, it’s not the end, but the matter that is more important than can be concluded in any way you want. It’s about a freedom of speech. A freedom to live in your own house. It’s about the right to not sell your house to the Development company at any cost. The cost that Pago Hill residents can’t afford to pay….