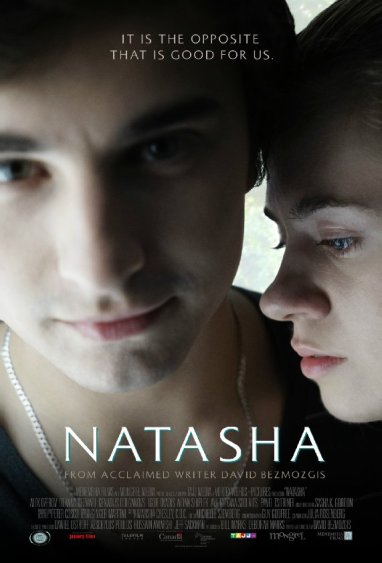 In many cases it is almost impossible to change someone who has gotten used to a particular lifestyle. That lifestyle can be luxurious, more or less acceptable or scandalous, like the one in David Bezmozgis’ Natasha. And when opportunity comes to change the life for better, a normal person with desire to have a quiet, calm and peaceful life would have never missed that opportunity, am I not right? But, Natasha got so used to be a victim of circumstances that this becomes for her the meaning of her life…

Mark’s uncle just found a new wife from Russia that he gladly invited to Canada to marry her. Her only daughter, Natasha, who is fourteen years old had quite an eventful life in Russia that shapes a particular personality in her. It’s unclear in the beginning, is it her mother, who is too rough with her daughter, or, is it Natasha who seeks an opportunity to present her mother in bad light. But as the story unfolds, there are many ugly facts which will come up that will disturb the entire family.

Since Natasha doesn’t speak English, Mark’s mother, Deanna Dezmari insists Mark to show her the city around. In the beginning, he was not so enthusiastic, but soon finds time-spending with Natasha much more interesting and eventful than baking around ordinary houses. But more importantly, it’s a fractured identity of the community that hides the reality of a broken family.

Natasha is written and directed by Bezmozgis, based on the title short from in his award-winning Natasha and Other Stories collection. He describes Natasha well, and how a teenage boy pictures his life. Mark, growing up in a well-established family says that, he’d rather kill himself but won’t work at a call center. Natasha, who gets a chance to change her life from troubled to an accomplished one seems to find it difficult to adapt into it.

In conclusion, Natasha is an interesting and acute film for those who are familiar with the situation and stories being told in the film. In order to watch it, it’s important to have an open mind to grasp the director’s point of view. However, it’s the performance I could not find satisfying enough in order to be completely convinced. Since the film is mainly in Russian, and you by any chance do not speak the language, the subtitles will cover up the gaps created by the actors. But other than that it certainly deserves to be seen if you live to learn a different culture.