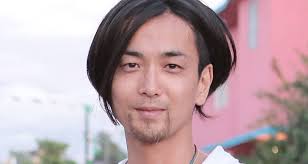 A Frida Kahlo subject is not an easy one to talk about. Especially when you try to make a film about her or her legacy. However, the huge respect goes to Tadasuke Kotani who makes a film about “The Legacy of Frida Kahlo” through the eyes of award-winning photographer Miyako Ishiuchi.

This film is far from being perfect or engaging for the one who already knows about the famous painter`s life or work enough to skip watching the film. However, it`s the attempt is what should always count. Tadasuke Kotani tries his best to cover all possible information about Frida for you to watch.

This is certainly great introductory film for anyone who wants to be more or less to know about Frida`s life “The Legacy of Frida Kahlo” should be a film for you to be checked first.

During the Hot Docs I had a real pleasure to sit down with Tadasuke Kotani to discuss his journey into Frida`s life through the eyes of Miyako Ishiuchi.

MOVIEMOVESME: How much information did you discover during filming Frida Kahlo’s history?

Tadasuke Kotani: Before shooting the film I read all the books available in Japan to get information. Those information mainly concentrated on her relationship with Diego and being a strong woman in 1920s.

MOVIEMOVESME: How did you get involved in the project?

Tadasuke Kotani: In the beginning I was definitely not interested in Frida Kahlo but was always a big fan of famous Japanese photographer Miyako Ishiuchi. I always wanted to make a film so she called and asked if I wanted to make the film. She said, “I’m going in two weeks to get Frida Kahlo’s belongings and if you want to come, you can.” So I went and that’s how I got involved.

MOVIEMOVESME: Being a Japanese, how did you manage to get over the risk of telling the story of Frida Kahlo, who was Mexican?

Tadasuke Kotani: I didn’t think it was a risky project because I didn’t know her that well; so it was fun to discover her. It was an amazing experience discovering her. Risks come in any kind of filmmaking, whether it’s about a well known or unknown personality. It’s part and parcel of filmmaking and I enjoyed it.

MOVIEMOVESME: When you first entered the house Frida Kahlo lived in, what was the experience like?

Tadasuke Kotani: Blue in Japan signifies cold, loneliness, it has mostly negative connotations. In Mexico it was bright sunshine, so I asked the locals the meaning of the color blue there. They told me the color brought luck, so I felt totally different. When I saw Frida’s personal belongings, pictures it was a little shocking to me. It was too hard but when I saw her paintings they were so beautiful, I realized she must’ve been a sensitive woman.

MOVIEMOVESME: What was the importance behind including the scene of Miyako going up the stairs in Frida Kahlo’s house?

Tadasuke Kotani: This film is about using Miyako’s eyes to find out about Frida in Mexico. From her eyes she wasn’t just seeing Frida, she was also seeing Mexico, the history, the idea of life and death, showing, making and processing. So it was not just about Frida and had to include everything Miyako was feeling in the film.