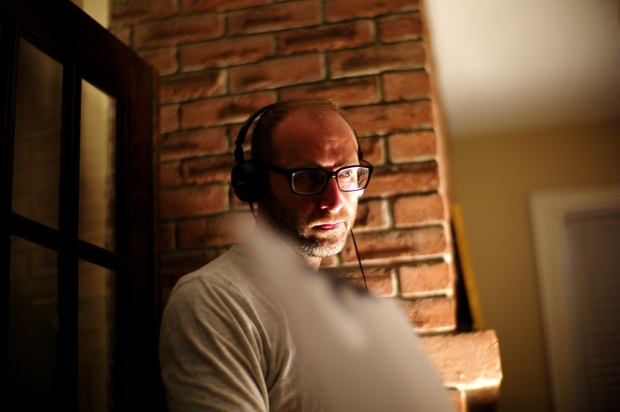 A forbidden romance. Desperation. Dark past. Uncertain future. Russian community. Dysfunctional family is all what you will be seeing in David Bezmozgis’ “Natasha”. It follows a fourteen-year-old girl who immigrates to Canada with her mother, who she dislikes. How the relationship between Mark, a sixteen-year-old Jewish immigrant and Russian girl will progress is something you will get a chance to find out, as the film is opens on May 5th in Toronto and Vancouver.

Regarding the interview, I, of course had a great pleasure to sit down with the director of “Natasha”, David Bezmozgis, who gladly shared everything you need to know prior to seeing the film.

MOVIEMOVESME: What inspired you to create such a complex character as Natasha in your book and then go further and turn it into a film?

David Bezmozgis: I was still interested in the story, so I still liked it enough to go back and do it. I think the other part of it was that I always wanted to do a film depicting this Russian speaking community, where I was raised. Natasha felt like an opportunity to do that. I think the central story between Mark and Natasha is compelling. But because she comes in and speaks only Russian, it becomes a Russian speaking film and everybody around them speaks Russian. So by using them as a vehicle we also get to tell the story of the community at large, which has never been done. It’s an intimate story, so it doesn’t require lot of money to do, it can be made locally here and I believed it could be made with local actors. So it seemed like an ambition that could be realised.

MOVIEMOVESME: Why did you decide to shape Natasha’s character and her past the way you did?

David Bezmozgis: Let me take you back to the original story I’d heard back in the 90s. Somebody told me a story about going back to Russia and finding a kind of place that Natasha describes. I found it shocking, but also interesting. I wondered what if you would take a girl like that and drop her into a family like my family. And if it’s a coming of age story, you’ve got a young man. For love stories at that age, so much has to do with figuring yourself out sexually. And so to give her a past that has dark sexual components is different than giving her any other kind of past. She has a sexual power over Mark that she has gained in a perverse, dark way and it’s affected her. It’s also true to what was and still is happening to some young women.

MOVIEMOVESME: Why is Mark so adamant about not working in a call center, where is this culture coming from?

David Bezmozgis: Well I think that’s the difference between him and his parents, who, when they came to the country were willing to do anything while he has become somewhat spoiled. The parents want to invest him with the qualities of industriousness and hard work. Because they’ve been so successful, live has been easier for him. Because life is easier for him, he doesn’t feel he has to do all the things his family did in the first place. I think it’s not uncommon for the children to not feel the same sort of drive that their parents did. He thinks the job is stupid and he’s just gonna say it whereas they, as immigrants coming to a country, would’ve taken anything.

MOVIEMOVESME: Mark’s uncle brings a wife through arranged marriage Why did you decide to give him such a troubled personality?

David Bezmozgis: It’s just the sort of character he is; he’s kind and intellectual but also weak. They keep trying to find somebody for him and what sort of a woman would agree to a marriage with a man like him. I think everybody, the entire family makes this compromise in the hope that it will give him a life and companionship. I concentrate on characters rather than themes because themes, on their own, don’t work.

MOVIEMOVESME: How do you think the story is going to help North American viewers to accept it, understand it and digest it?

David Bezmozgis: Well, there’s lots of North American viewers, lots of different types. I think for people who are of this community, it’s nice to see yourself validated in the culture, to see art made about you, to hear your own voices in a way that feels authentic. So that’s one audience. I think people who love the book are interested in that kind of art, that’s a different sort of audience. I hope there will be some people who discover this fascinating story and will learn something about this community and also see themselves in it. The story itself is not peculiar to Soviet people; at heart it’s a couple of teenagers falling in love who probably shouldn’t have gotten involved with each other. They’re cousins, it’s not gonna work out. But this is the nature of being young, of making those sorts of mistakes.

MOVIEMOVESME: How easy or difficult was it to find a Russian cast here in Toronto?

David Bezmozgis: Mostly difficult to be honest. There’s not a huge pool of actors to choose from but there’s just enough. Some of these actors have agents and you could find them; Alex is one. There’s Diana, who plays his wife; I was aware of them. To fill in the other roles we had to look for them. There’s the aunt who plays a supporting role. She’s a Russian journalist in radio. I asked to come and read for it as I thought she’ll be able to do it. And she did a terrific job. So it’s a combination of people who you were aware of, people who I knew weren’t actors so I could guide in and other people we really had to look. It’s not like an English film where you have plenty of choices, here you had to dig to find out the people.