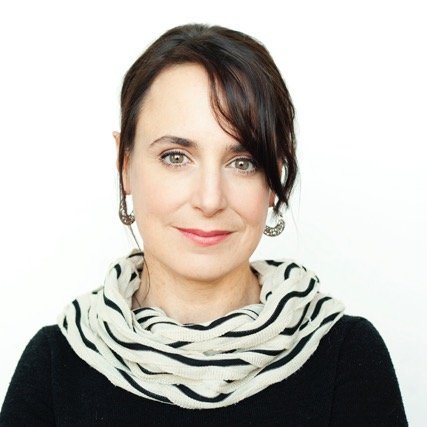 The issue of homelessness, whether in a big or small city, has always been and will always be a hot topic to talk about. More importantly, it’s so tremendously easy to judge someone you see standing on the streets hoping to receive a penny from you. You or someone else may ignore that person for many right reasons, but when you see a dog standing beside them, bravely and loyal as a guardian, whether you want it or not stop to ask a question. But remember, sometimes unasked question is always better than any answer. And Hélène Choquette’s “A Dog’s Life” proves that…

During Hot Docs International Documentary Film Festival, I had a great pleasure to sit down with a filmmaker of “A Dog`s Life” to discuss a very serious subjects that every one should aware of…

MOVIEMOVESME: As a filmmaker and as a person, what drew you to the subject matter of homelessness?

Hélène Choquette: Well I think because we talk a lot about the homelessness issue, but there are so many pieces filmed or written about them, and it’s normally short pieces or portraits, so I thought that there was a need to do something for the long run. So I filmed for a year but I did six months’ research before. For me it was important to show that change of seasons because of course when it’s summer sometimes in Toronto and Montreal, it can be an easy life to be on the street. But when fall and winter comes, when it’s minus twenty, it suddenly becomes very difficult to be on the street.

MOVIEMOVESME: Why did you specifically choose those two cities?

Hélène Choquette: I chose those two cities because I’m based near Montreal and it’s very hard to keep track of homeless people. Some of them have cellphones but you have to look for them to go there, you have to meet them on a daily basis, make sure they’re okay. It was easy with the people of the shelter in Toronto to follow them where they’re at. So this is why we chose that. Also I think homelessness and drugs is a universal topic in America and for me it was important to not identify Montreal or Toronto but to portrait people on the street with their dogs. So this film could’ve been shot in Vancouver or New York or whatever city in America.

MOVIEMOVESME: Why don’t the shelters want to allow homeless people with their dogs?

Hélène Choquette: It’s because it’s very hard just to be at the homeless shelter which brings a lot of things to deal with. I think shelter for animals is another kind of challenge. So this film advocates shelter that would accept people and their dogs at their shelter and have proper services for the dog as well. It’s very difficult to manage both because there are a lot of crises in the homeless shelters and animals may need some health treatments. So I think this is why a joint venture of shelters for animals and homeless people should work together to find proper space for the animals and proper services for the homeless will be the best. At the moment only one shelter gives this kind of service and there are only fifteen places for dogs, which is obviously not enough. In Montreal there’s a shelter that accepts people under 25 years of age with their dogs but it’s only for a short term. It takes a lot of courage and work to get out of the street so it’s not just about one or two cold winter nights. It’s better than nothing but it should be more long term shelters.

MOVIEMOVESME: I heard you witnessed something very bad. Can you talk about it?

Hélène Choquette: What happened is that I witnessed a young guy from the street who had lost consciousness because of drug overdose and his dog was next to him. The dog was taken away to an animal shelter, so for weeks I was thinking of this young man waking up and not having his only friend by his side. This was the main question I was asking myself, turning this film to why do we care more for the dogs on the street than the human being next to the dog. We have this natural empathy for dogs and we could have more will to see the need of a homeless person.

MOVIEMOVESME: Was this the reason to include the scene where an old lady looks at the man and asks him if he doesn’t have any money how does he look after the dog?

Hélène Choquette: This scene was really important for me because Steve is begging in front of the subway station in Montreal and everyday people are judging him and asking him how can he take care of two dogs when he cannot take care of himself. It was important for me to show this scene because everybody at the end of this film are like, “Oh my God, this woman is so judgmental.” But it’s happening everyday. Lots of people have seen the film in Montreal earlier this year and said that after watching the film they understand now and they will be less judgmental and they understand that the dog is well treated. The dog spends most of its time with his owner and for the dog it’s a good life.

MOVIEMOVESME: What would you like to tell those people who didn’t get a chance to watch your film but would read this interview?

Hélène Choquette: One thing we have to understand is that people who live on the street have serious mental issues or drug addiction and it may not be easy to get in touch with them even of they have a dog. But a lot of these people are struggling to keep their dignity and they are not very good to socialize. But the dog is a good channel to socialize through them, so by saying your dog is kind, beautiful, has nice fur. But especially not to judge the person who has the dog and not care about how the dog’s doing but about how’s the person doing. Sometimes by asking if the dog has eaten you can judge if the homeless has eaten. This is what I would say; we have to go beyond our fears or anything that comes with homelessness and respect that some of them won’t talk to us and never open to us. Some of them chose to be there and some of them would need services but there are no services and they end up on the street.

MOVIEMOVESME: So you have observed the connection between a homeless and a dog and that they need each other. Can you talk about what you learnt?

Hélène Choquette: It takes humans to take care of them and for thousands of years now dogs have been domesticated. They need humans to survive now. But what a dog brings to a homeless person is the dignity and it also reminds him of his basic needs; when he sees the dog is starving, he knows he’s also going through this. So it’s very important to try our best to keep homeless people with their dogs even though if it’s more difficult to manage. It’s something we should learn to live with.