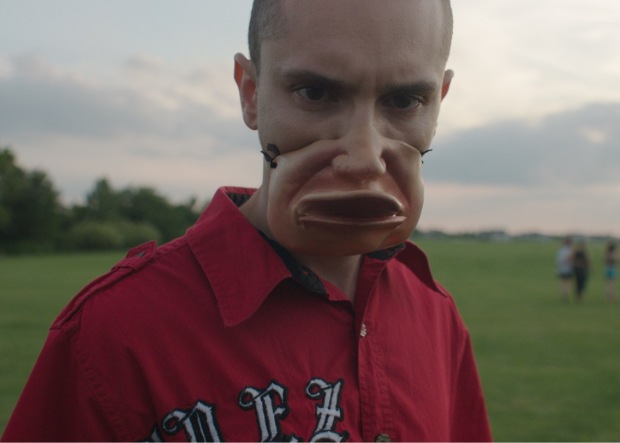 Being born, living and dying are the three natural parts of the cycle of life of the universe. It should be respected by every living soul and none has the right to claim someone else’s life and take it away from them. The story told in “Savage Youth”, written and directed by Michael Curtis Johnson, is sadly inspired by true events that have occurred in his neighborhood. The film is about teenagers who for whatever reason decide to kill two young men. Maybe the reason is a girl, or maybe them being of color. The question is – whatever reason there is, can it be worth it? Of course, not! But those who have died will never get a chance to answer us back.

Jason (Will Brittain) and Lucas (Sasha Feldman) are best friends. They both like music, rap, take drugs and live an insanely dangerous lifestyle. Elena and Stephanie are the complete opposite of Jason and Lucas. However, they are pretty comfortable to befriend these guys. Gabe (Tequan Richmond) and Mike (Mitchell Edwards) are just their neighbors who happen to hang out with the wrong people and be in a wrong place at a wrong time. As a result of it, the course of the life of each and everyone in this story is about to be changed soon.

The interesting and musical format of “Savage Youth” brings us closer to Jason’s and Lucas’ psychotic personalities. One can expect anything terrible to come from the two of them. There is a scene where Lucas raps. That tells a lot about him. And, to be honest, I truly hope it is Sasha Feldman’s brilliant interpretation of his character that makes us want to get close to Lucas and learn more. Jason is a whole different story. He appears to be able to maintain more or less some balance. But that will reach its limit when he gets mad learning that Gabe is dating his girlfriend Elena.

Indeed, Jason is madly in love with Elena. But she has been giving all her love to him and seems that has reached its limit as well. The couple still sticks together until the moment, when a double murder occurs for no apparent reasons. As the story unfolds, the viewer will see the four of them stepping on a dangerous path with of no return.  Is it necessary for someone to die? That’s the question that will puzzle the viewer, and in some way, terrify us. Unemployment, easy access to drugs and things like that contribute significantly to ruining young minds, which have seen no other way of life to compare with.

The performances delivered by Sasha Feldman and Will Brittain are terrifyingly realistic. By looking at them, it is easy to picture Lucas and Jason. We can understand why they are so attracted to each other as friends. Grace Victoria Cox and Cloe Levine respectively as Elena and Stephanie, add a juicy chemistry to the duo of the two men. We also understand why they have nothing better to do in their lives other than be around two individuals that are brutal and violent.

In conclusion, “Savage Youth” is an excellent film where director Michael Curtis Johnson knows well how to play with the camera and to gather a great ensemble of young actors who – I am sure – soon are to become the biggest names in Hollywood. The film is well directed, dynamic, has an incredible soundtrack and heroes that you will love to despise. What is upsetting, though, is the gap that exists in the society. The young generation, who are vulnerable and in need are abandoned. And the director captures his message very clearly in “Savage Youth” – this society is doomed if this disastrous pattern continues.